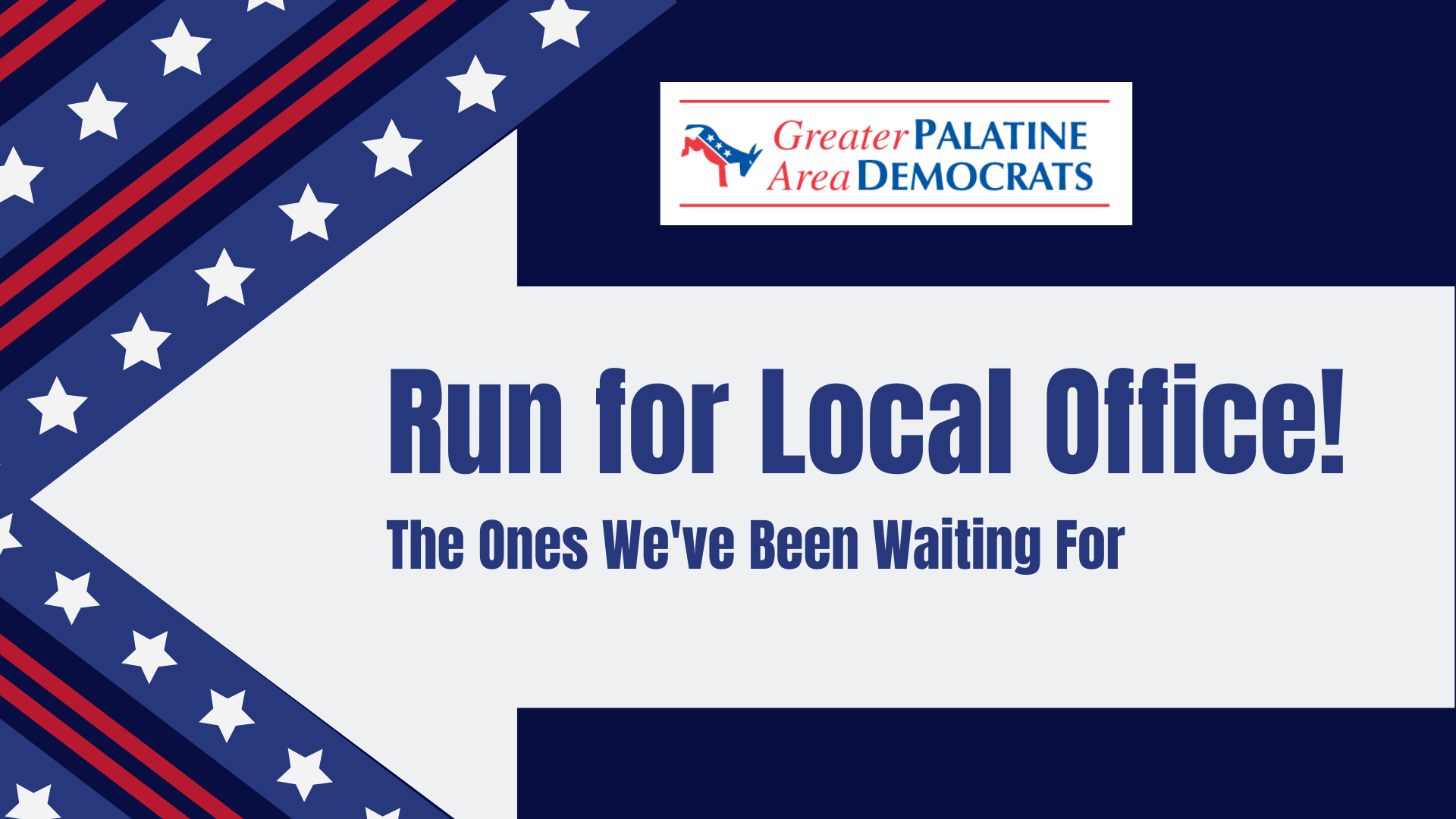 Greater Palatine Area Democrats will be holding a Strategy Session online at 7:15 p.m. on April 22 for people who want to run for local office in 2021. We will talk about how to run a campaign, how local government works, and strategies for running and winning. This will be the first of many Strategy Sessions. To get the link for the April 22 session, please email us at info@gpadems.org.

Let's Get Takeout Every Tuesday Until Election Day! 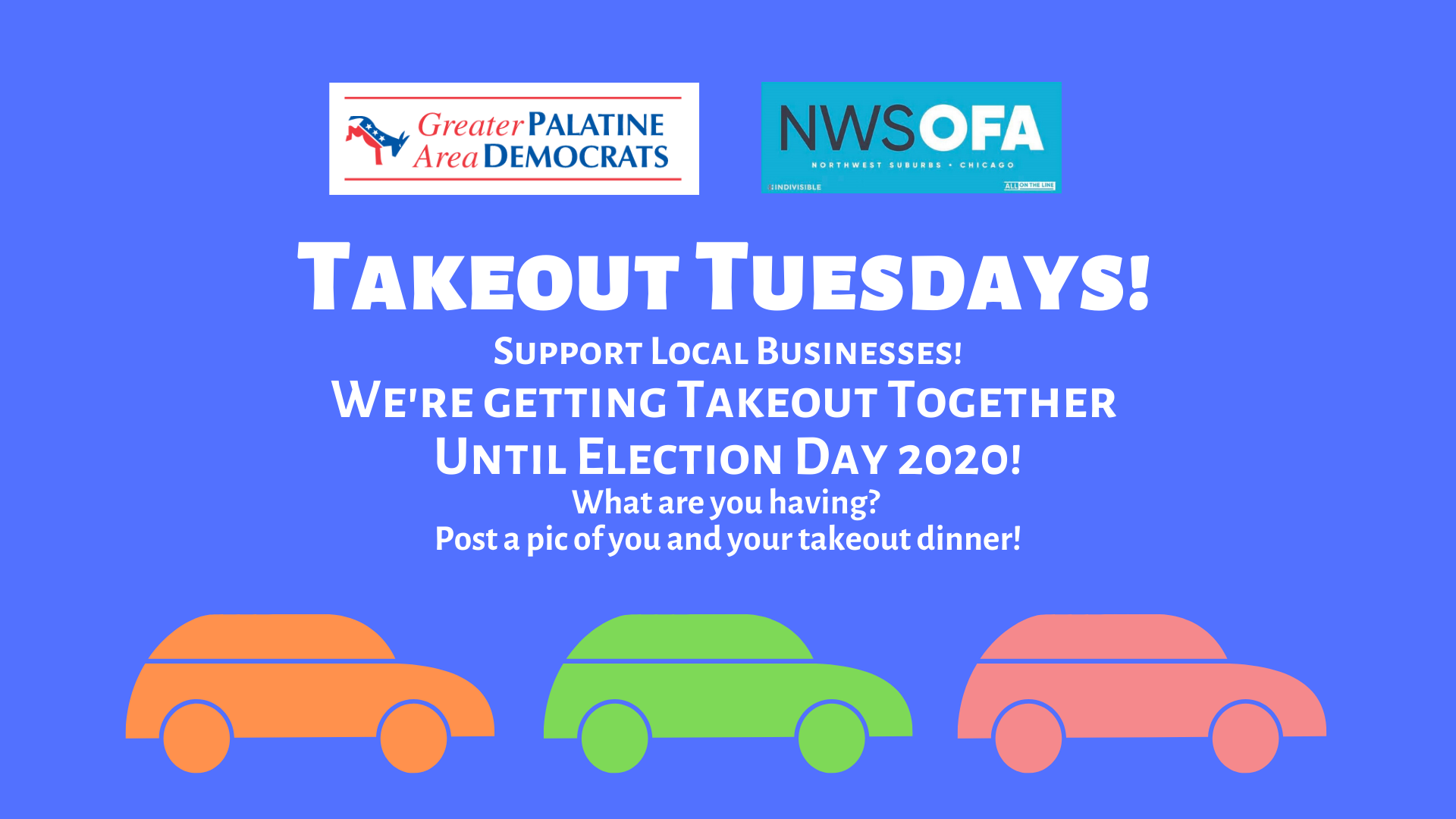 Support local restaurants: we're getting takeout every Tuesday until Election Day, Nov. 3, 2020! Let's help out the small businesses in our area. Order takeout on Tuesdays (or other days) but on Tuesdays, we'll all post pics of our takeout in the Greater Palatine Area Democrats' Facebook Group. Starting April 7, there are 31 Tuesdays until and including Election Day. So help our community stay strong during the Covid-19 health crisis. You can find local restaurants here. -- and remember WE ARE VOTING in November!

"Well-being for All," is a Sikh daily prayer asking for good health for the whole universe, without discrimination. The Sikh Religious Society, which has the largest and oldest Gurdwara in Palatine, is offering help during this time of social distancing due to the Covid-19 virus. Elderly residents who are living alone or have chronic health issues will receive help from volunteers with grocery shopping or grocery delivery, and some health assistance, depending on the case. Many thanks to Thakar Basati for sharing this important information. This is a time for our community to pull together--I am honored to be able to share this information with Greater Palatine Area Democrats

Please fill out this form to describe your need.

If you would like to join the Sikhs in their effort, please fill out this form.