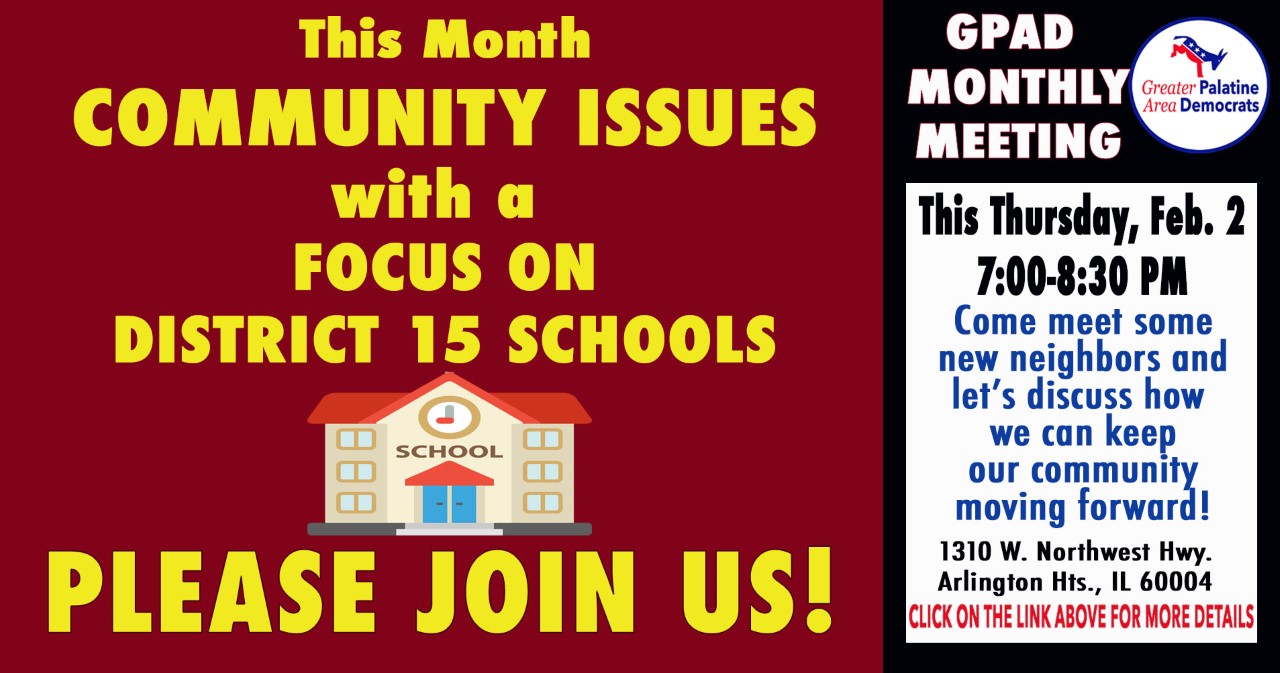 Democrats Deliver: Palatine Township is Blue in the Illinois House!

Edited to add: Maggie Trevor flipped the 9th County Board District! CONGRATULATIONS to Maggie Trevor for winning a seat on the Cook County Board! Maggie won the 9th District Board seat, flipping a district that had been held by a Republican. While she was behind on Election Day, mail ballots from the suburban part of the 9th District were decidedly in her favor. This victory for Maggie is years in the making. Many GPAD volunteers have knocked on doors, phonebanked, wrote postcards and stuffed envelopes for her. And she did it!

And congratulations are in order for Maria Peterson, candidate for the 26th State Senate District. While the results of the election are a disappointment, Maria got 49.78% of the vote. In a district that was drawn to be strongly Republican, this is a major accomplishment for her, her volunteers and her campaign, and GPAD is proud to have been part of that effort.

For the first time EVER, Palatine Township will have only Democratic representatives in the Illinois State House, thanks to the Nov. 8 Election Day wins of 51st House District CandidatepElect NABEELA SYED, an Indian-American, Muslim woman and the youngest to be elected to the State Legislature; 54th House Candidate-Elect MARY BETH CANTY, whose district had been a Republican stronghold; and longtime Democratic leader, 53rd District State Rep. MARK WALKER!!!!

And not only that! Both our Congressmen, Raja Krishnamoorthi and Mike Quigley, won re-election. State Senator Ann Gillespie was also re-elected, and her new district now includes roughly the eastern third of Palatine Township. Cook County Commissioners Scott Britton and Kevin Morrison kept their seats on the County Board. AND!! U.S. Senator Tammy Duckworth, Governor JB Pritzker and Lt. Governor Juliana Stratton won re-election! So did Attorney General Kwame Raoul, Comptroller Susanna Mendoza, Treasurer Michael Frerichs! Alexi Giannoulias won his race for Illinois Secretary of State! And Joe Gump won his judicial race for the 13th Subcircuit! AND AND the Worker's Rights Amendment passed, along with the Forest Preserve Referendum!

It's been a long, hard fight. For months, Greater Palatine Area Democrats knocked on doors to talk to voters about what was at stake in this election. We sent thousands of postcards, handed out thousands of Democratic Sample Ballots at Early Voting and on Election day, helped put up and take down campaign signs at Early Voting, put up signs for Election Day, monitored polling places and spent untold hours over the past year helping our local Democratic candidates by canvassing and phonebanking.

But the biggest thanks goes to the voters of Palatine Township. They saw through the lies and hatred. They voted for candidates who deliver good government, fiscal responsibility and better representation for all our communities. Because that is what Democrats do.

Those who run for public office are among the bravest of us as they stand up to serve the people. It is often a thankless job that nonetheless is critical to our democracy. From GPAD, thank you to everyone who runs for public office. 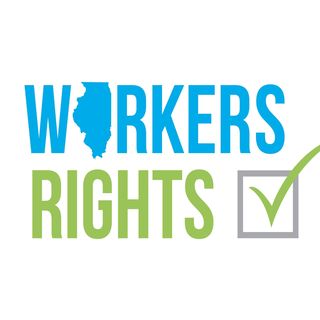 Voting YES on the Worker's Rights Amendment means voting to make sure that all Illinoisans can join with other workers to negotiate for better pay, improved benefits and safe working conditions.

Voting YES means voting to keep workers safe on the job. And it means protecting workers when they speak out about dangerous situations that put all Illinoisans at risk--without fear of losing their jobs.

This amendment to the Illinois Constitution will help families and young people. It will make Illinois a better place to live. Vote YES on the Worker's Rights Amendment.