Applications for Mail-In Ballots Are Open!!

Make sure you send in your application. When you get your ballot, make sure you Vote Blue All the Way Through! And mail it in! You can apply online for a mail-in ballot at the Cook County Clerk's office.

America has tolerated slavery far longer than it has embraced freedom for all. This year marks 157 years since slavery ended in the United States, when the Emancipation Proclamation went into effect Jan. 1, 1863. This Friday, June 19, is Juneteenth, the celebration of African American freedom that marks when a Union general read aloud the Emancipation Proclamation in Galveston, Texas, in 1865, freeing the enslaved Black people in that state. Texas was the last of the Confederate States to free its slaves, since the Proclamation had actually gone into effect two-and-a-half years earlier. But slavery already had existed in America for 254 years, beginning when twenty enslaved Africans were brought to the Jamestown colony in 1609. No other group in America has endured this history of brutal enslavement for generations, followed by more than 100 years of denied civil rights.

Now, after weeks of rallies and marches protesting police brutality against African American men and women, there are calls to "Defund the Police." We are talking about Racial Justice, which encompasses many issues. One is the need to Reform the Police. Reform the Police by demilitarizing the police. Reform by committing to community policing. Reform by re-allocating funds from the police back toward education and  social services, both of which we have been defunding for years. Reform by moving toward state licenses for police officers, as advocated by our Illinois Attorney General Kwame Raoul. We need Racial Justice. Black lives matter. Reform the Police. 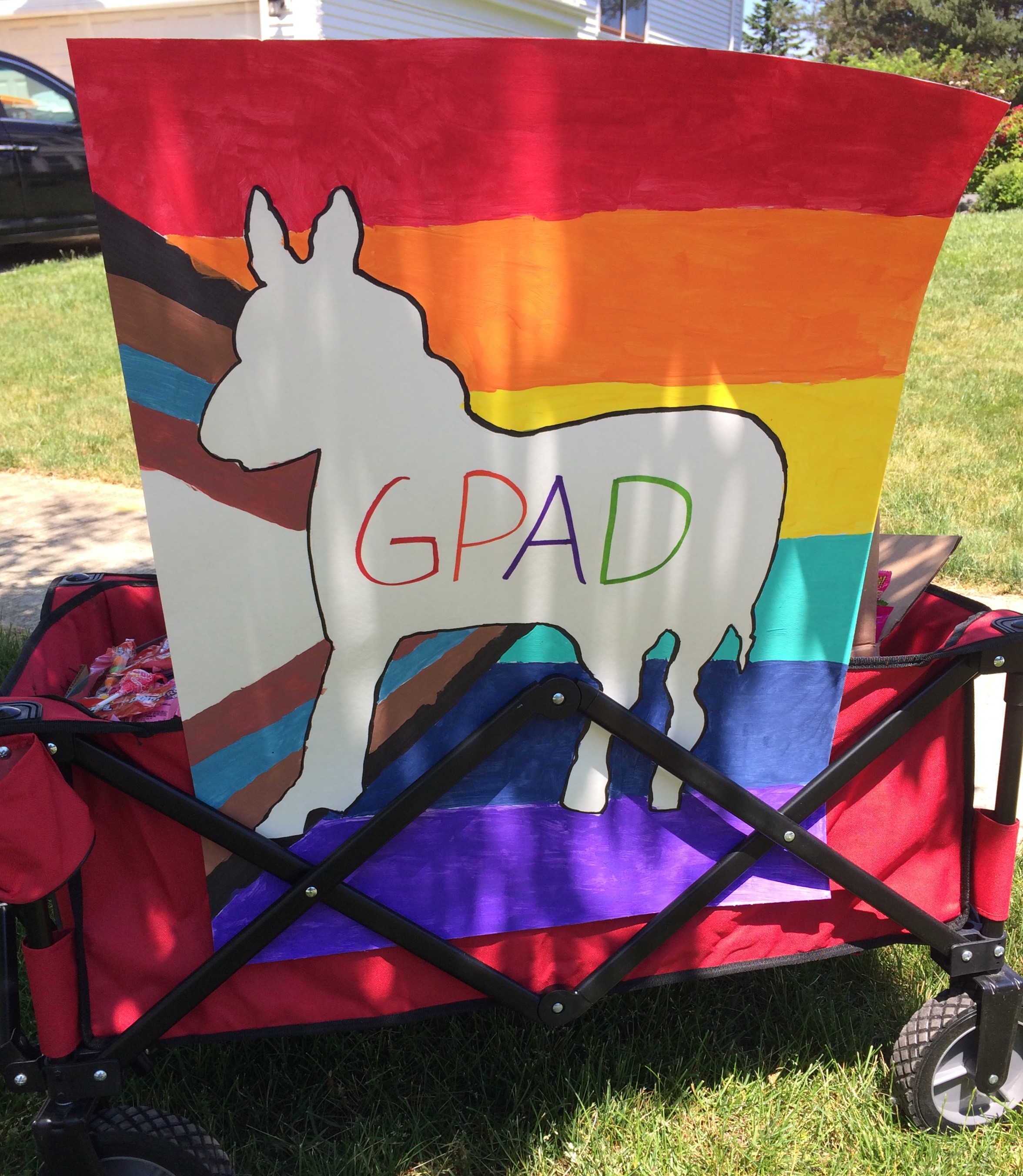 Greater Palatine Area Democrats were honored to be included in the BG Pride Drive 2020. This was a chance for us to go on the road to Buffalo Grove to show our deep support for LGBTQ rights and the LGBTQ community. We were thrilled to be on the Drive with Maggie Trevor, Candidate for Dist. 54 State Representative. Many thanks to our host family in Buffalo Grove who allowed us to take over their driveway. And deep thanks to The Pinta Pride Project's Caroline Pinta, for her creativity in turning the BG Pride Parade into a safe, Covid-free Pride Drive, but more importantly for creating a community of support in the Northwest Suburbs. GPAD is grateful to our