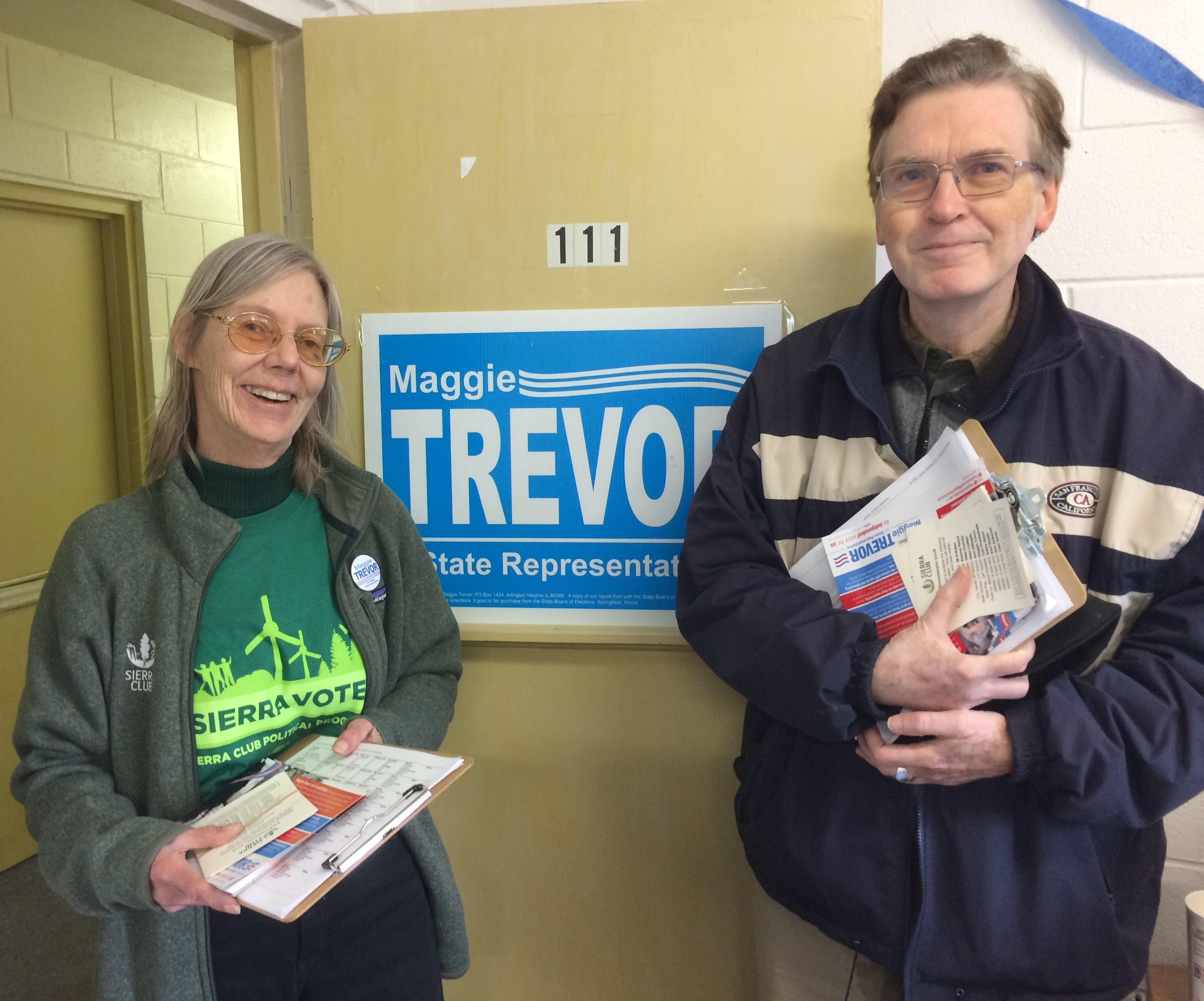 "I'm so tired of these lying men," said the older, strong Republican-leaning woman in Arlington Heights to a canvasser. "We need to elect more women!" As canvassers fanned out across the Northwest Suburbs these last weeks before Nov. 6, many registered voters told them they planned to vote for Democrats. What else are voters telling canvassers? How can you be an integral part of this last, incredible week of campaigning?

An Unqualified Candidate for Judge

I've urged you to vote for Democrats from the top of the ticket (JB Pritzker and Juliana Stratton) to the bottom of the ballot, where you'll find our three candidates for Judge in the Thirteenth Judicial Subcircuit. One of those fine candidates is Judge Samuel J. Betar III. Judge Betar is running against Christine Svenson, who has been active in Republican politics for years. She's the lawyer who threatened to disclose allegations against State Treasurer Dan Rutherford. According to Rutherford, Svenson was acting on behalf of Bruce Rauner (who he was running against). Rutherford said that "Christine Svenson is an attorney making demands on behalf of the accuser and is directly linked to my opponent Bruce Rauner," Rutherford said. "Svenson demanded payment of $300,000 dollars for the employee to 'walk away and keep it under wraps.'"

If You Don't Run for Public Office, Someone Less Progressive Will

One wants to run for school board, another for library board. A third is helping a friend run for office. Regular folks, many politically active only since 2016, learned practical tips on how to run for public office in April when dozens of