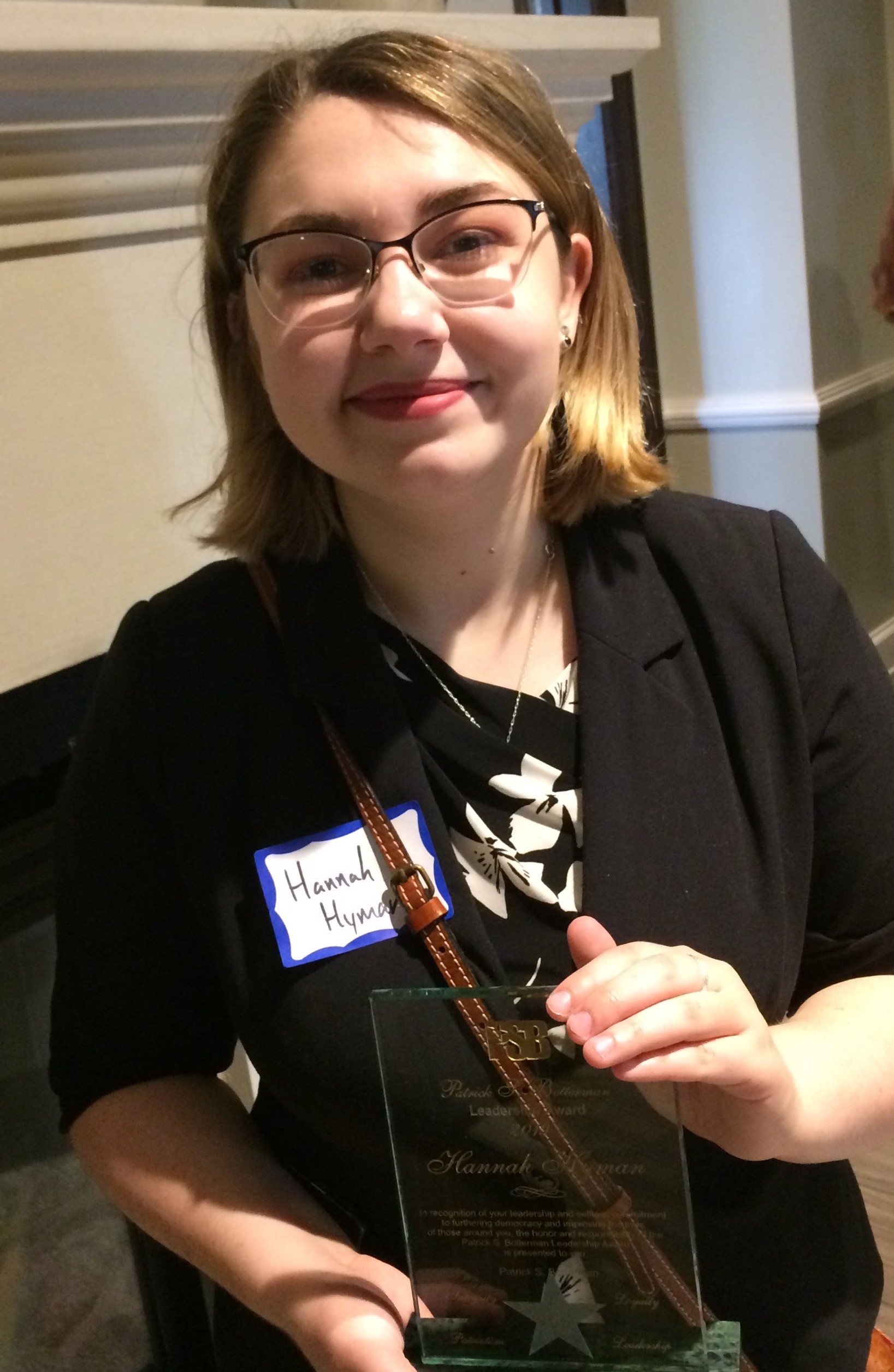 Hannah Hyman took a study break from her classes at DePaul University to accept the 2019 Patrick S. Botterman Leadership Award May 18 from the Wheeling Township Democrats as a rising star. While a senior at Schaumburg High School, Hyman orchestrated her campaign for trustee of Schaumburg Township District Library, explained U.S. Congressman Raja Krishnamoorthi, 8th District, in his introduction. She turned 18 two days before candidate petitions were due, so on her birthday she filed to be a candidate, then spent the next two days -- during a snowstorm -- to collect the requisite signatures. THEN she went on to win a seat on the library board in April 2017. Now she commutes from her dorm in Chicago to Library Board meetings.

"What we are seeing is young women standing up and running for office," said U.S. Rep. Jan Schakowsky, 9th District, in her keynote speech at the Wheeling Dems fundraiser. Schakowsky noted that the Botterman Breakfast took place the day after the U.S. House passed the Equality Act, which amends the Civil Rights Act to prohibit discrimination based on sex, gender identity and sexual orientation."It was historic," she said. She quoted House Speaker Nancy Pelosi: "These are the bills the American people want to see." And while many are dismayed by the anti-choice legislation that has passed Alabama, Missouri, Ohio and other states, Schakowsky was encouraged: "I think there will be such a rebellion--women will not go back," she said. "Wheeling Township Democrats, this is your moment, because when we fight, we win!"

Also honored was Julie Sass, who received the Committeeman's Choice Award from Mark Walker, Ill. State Representative, 53rd District, and Wheeling Township Democratic Committeeman. The Botterman Breakfast is held in honor of Patrick Botterman, a Harper College Trustee and Wheeling Township Democratic Committeeman who died in 2008. The Breakfast, along with a fall fundraiser sponsored by Greater Palatine Area Democrats, helps support the only year-round Democratic office in the Northwest suburbs.