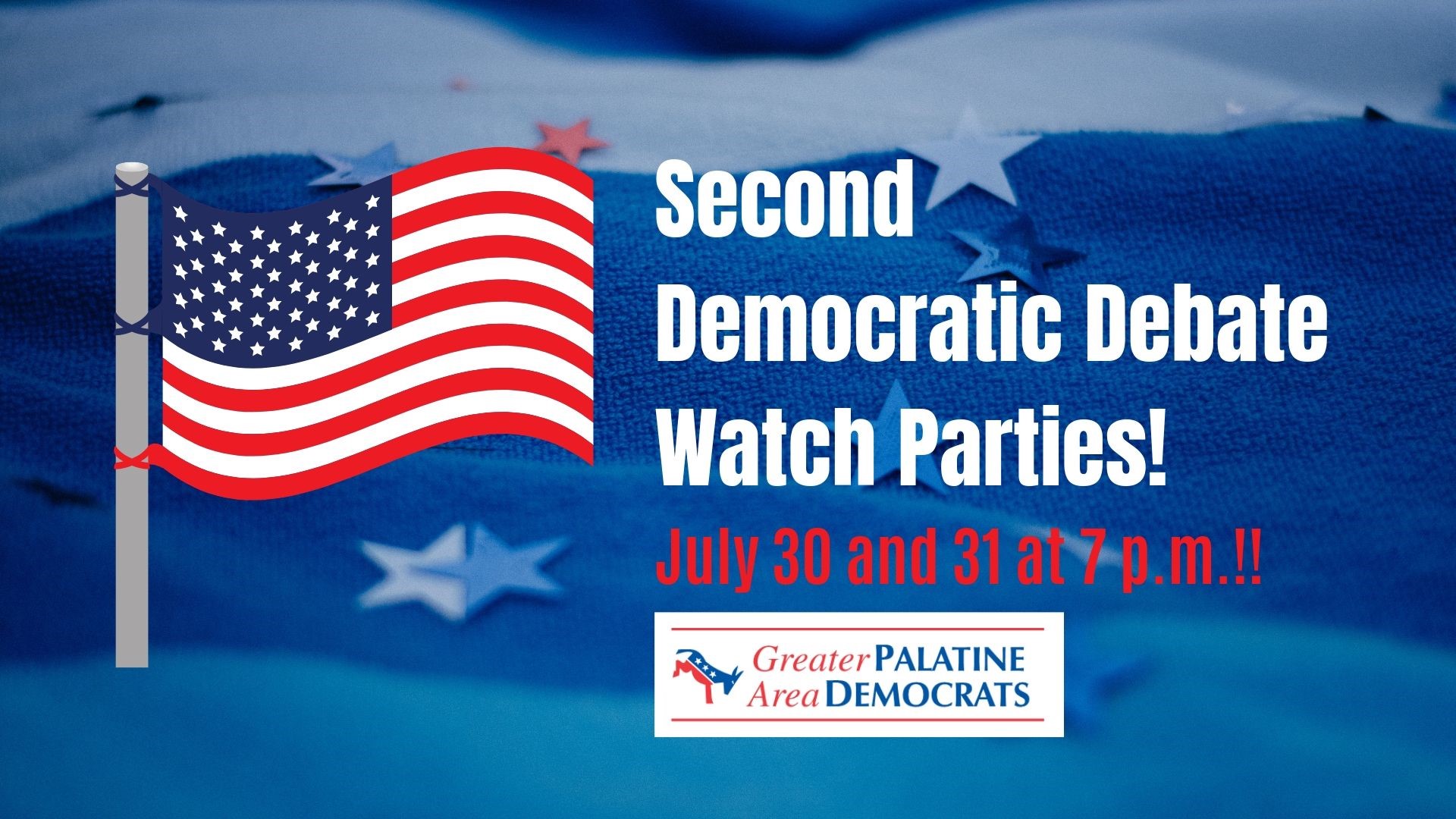 Join your Democratic and Progressive neighbors and friends to watch the second round of Democratic Presidential Primary Debates, July 30 and 31 at the Northwest Suburban Democrats office, 1310 W. Northwest Highway, Arlington Heights. Patrick Watson, State Central Committeeman for Illinois' 6th District, said we will have pizza! Again! Debates start at 7 p.m. this time--because the debates are in Detroit! Watch Parties Sponsored by GPAD, IL6th Dems, and NWS-OFA. Who's debating when:

Why stay at home, watching alone on your laptop when you can come to the Dem offices, and watch on a big screen with a ton of fun people, and have a thoughtful, positive discussion afterward? Join us!