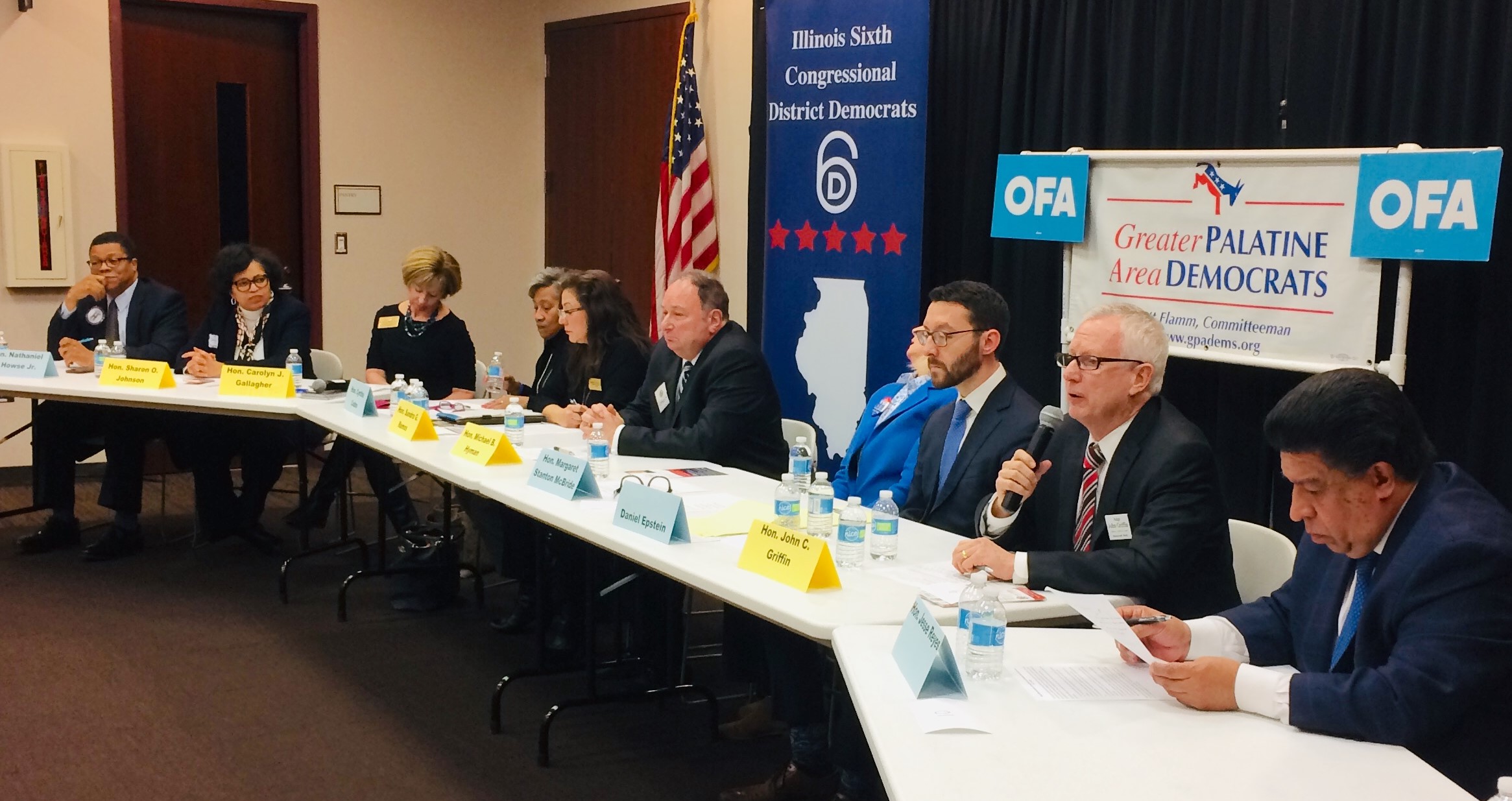 We voters in Cook County have tough choices to make on March 17 for the Illinois Supreme Court and for the Appellate Court. So we invited as many of the candidates for each court who could make it for a challenging discussion about implied bias, race and justice.

Many, many thanks to Illinois Sixth Congressional Democrats, and NWS OFA-Indivisible for co-sponsoring this event. The Illinois Supreme Court has seven justices, who are elected from five regions in the state.

Because Cook County is so much more populous than the rest of the state, the Illinois Constitution gives Cook County voters the obligation to elect three of the seven judges. The other judges are elected from the other four regions of the state. Judge Charles Freeman, the first African American on the state Supreme Court, retired in 2018, and named Judge P. Scott Neville Jr., also African American, to his place to fill out the rest of the term. Judge Neville is now up for election to keep his seat. And, five other people have also thrown their hats into the ring to be elected to the state Supreme Court, including two African American judges who currently serve on the First District Appellate Court: Hon. Cynthia Cobbs and Hon. Nathaniel Howse Jr. Also running are First District Appellate Court Judge Jesse Reyes, the lone Latino candidate, and First District Appellate Court Judge Margaret McBride. Also running is attorney Daniel Epstein. Judge Neville was unable to make it to our event, but the other candidates did! 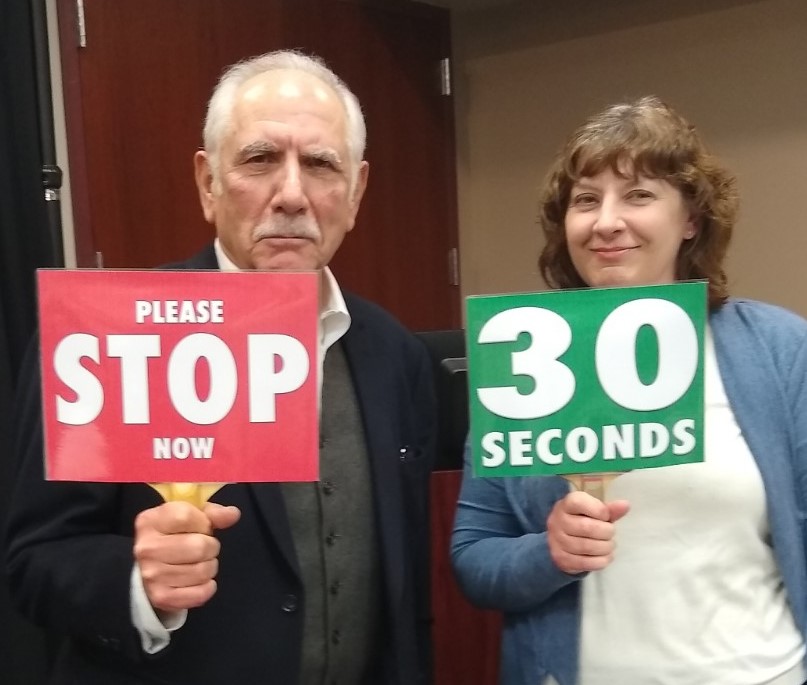 We asked the candidates why they were the best candidate for the job they were seeking. We asked them why, with only two African Americans ever serving on the Illinois Supreme Court (Freeman and Neville), should an African American be elected on the state Supreme Court, why or why not? We asked the judges to discuss a situation in which they had displayed implicit, or subconscious bias, and how they reflected on that. And, we asked them to reflect on the nature of justice itself.

Presenting this event was a team effort by Palatine Twp. Committeeman Matt Flamm, Communications Chair Maria Galo, Joyce Slavik and Jerry Freda who timed the responses, Harold Whyte who remembered that even judicial candidates get thirsty, Sixth District State Central Committeeman Patrick Watson who handled the audiovisual livestreaming stuff, Sixth District State Central Committeewoman Nancy Shepherdson, who made sure there were enough chairs and asked an important, clarifying question at the end. The NWS OFA-Indivisible team promoted the heck out of the event and brought lots of people. And we had a great audience that asked penetrating questions about how judges are appointed, and whether the current election process is the best way to choose judges.

To make our representative democracy work properly, we voters need to be engaged, informed and active. GPAD is proud to provide voters an opportunity to learn more about those who aspire to the two highest courts in our great state of Illinois, and we are thankful to the candidates for coming out to Palatine to talk to us.