Meet College Freshman Gretchen Coleman and Prepare to Be Influenced 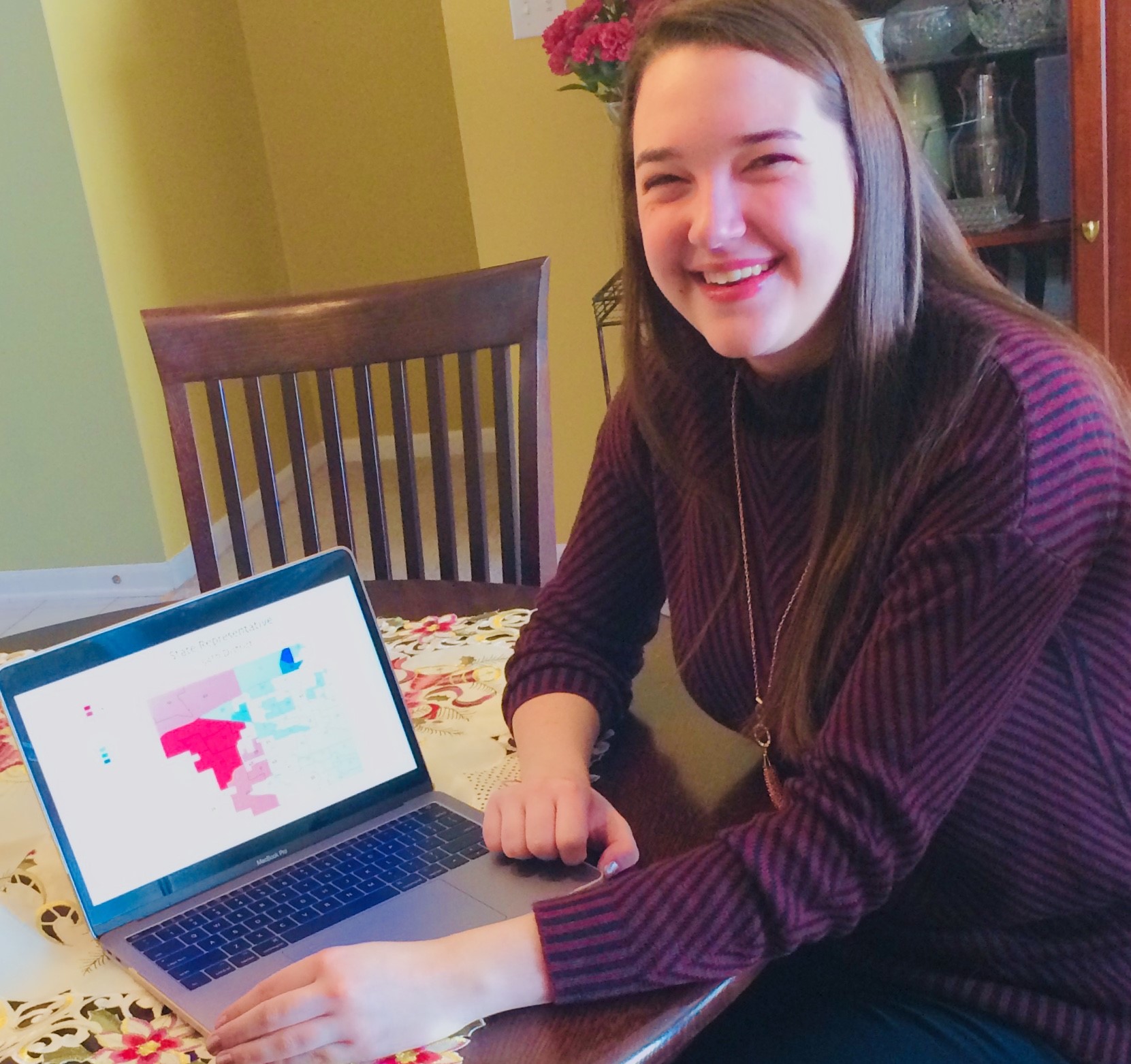 At 19, Gretchen Coleman has already organized a 1,000-person gun safety rally in Schaumburg and worked as a field director for a local Illinois House candidate, and canvassed for northwest suburban candidates --all while finishing her senior year at Fremd High School, earning a college scholarship, and starting her freshman year at Syracuse University in central New York.

Not to rest on her laurels, the Palatine resident volunteered during her recent winter break to analyze the results of the November 2018 elections in Palatine Township, creating a set of color-coded maps for the Greater Palatine Area Democrats (see photo.) For fun, she was reading a weighty political theory text that challenges conventional wisdom.

“Government is one of the really effective ways to make change,” she said. “I thought about how I wanted to get involved, and find a way to have an influence.”

That urge to have influence started after the 2016 presidential election. She worked on Patrick Watson’s campaign for the Democratic State Central Committeeman IL06 post.  She was part of a teen fellowship project in the Coalition for a Better Illinois 6th organization. 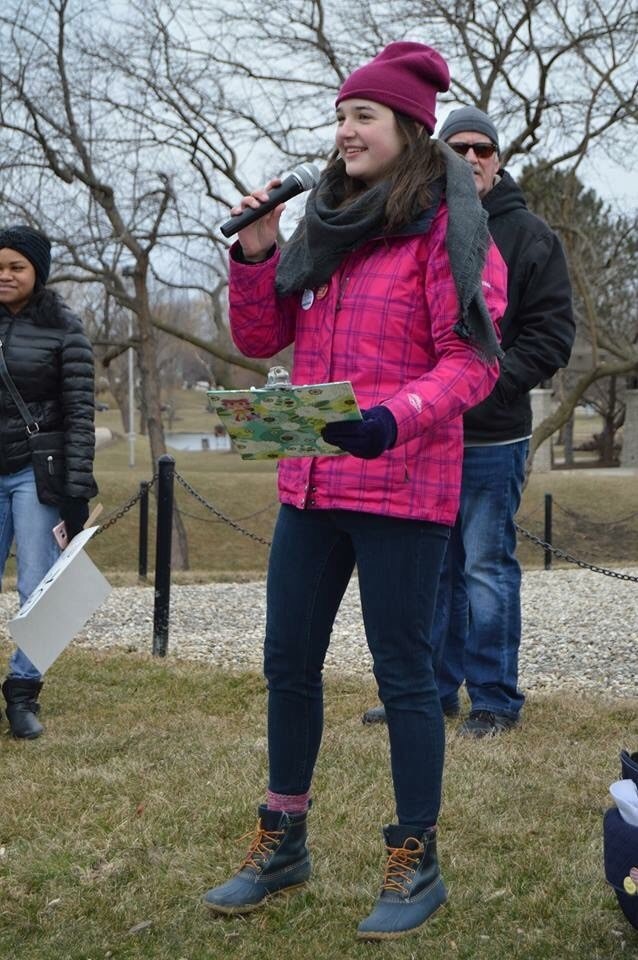 After the February 2018 Parkland High School shootings, Coleman and other Fremd High School students began to organize a March for Our Lives in the northwest suburbs. Coleman was in charge of publicizing the March 24 event through social media. One sign of her success: a preschool friend connected through Instagram, volunteering to help and bring all of her own friends to the march.

“It was one of the most amazing things,” Coleman said. “We had only 200 people signed up, then people just kept coming in waves,” until an estimated 1,000 people marched along Schaumburg Road, gathering in the Town Square in Schaumburg. “It was so cool to see little kids holding up signs,” she said. (In the photo above, Coleman addresses the crowd at the march last year.)

That week in March was busy for Coleman. For her first election, she voted early in the March 20 primary so that she could attend scholarship interviews that day at Syracuse University. “During ice breaker activities, I kept checking my phone for election results,” she said. She explained to organizers that she wasn’t scrolling social media—she was checking on the election polls. Then she had to get home for school work and planning for the march that Saturday. She ended up getting the scholarship.

Then, Coleman and her fellow Fremd student organizers were recognized at Wheeling Township Democrats’ Patrick S. Botterman Leadership Brunch in May. Then there was graduation.

Coleman spent the summer as the field director for Maggie Trevor’s unsuccessful campaign for Illinois’ 54th House seat. She set up the campaign office, canvassed, and organized events.

“She brought experience and skill way beyond her years to her work on my campaign, along with enthusiasm and optimism, said Trevor. “She was great at organizing volunteers to canvass a critical part of the campaign, and I owe so much to her efforts.”

“I’m really glad I worked on Maggie’s campaign,” Coleman said. “I could see that my work had results, and I could see a bunch of different parts of a campaign.”

“The people are the most inspiring,” she added. “When I was out canvassing, people were really excited to see Maggie.” She said, “I liked talking to people. When I would get someone who said, ‘I don’t vote,’ I liked talking to them about why, having that conversation, and they would say, ‘Maybe I will vote.”

At Syracuse, she is enjoying her political science classes and the College Democrats, where she is the freshman representative on the executive committee. This semester, Syracuse is hosting the state-wide convention of the New York College Democrats, and Coleman said she is excited to organize that gathering.

A political science major, Coleman said is interested in exploring other sectors, such as nonprofits, that are related to government. Law school may be an option after graduation. And then there is pursuing interesting new ideas about government.

And outside of class and political action, she continues to engage with concepts of government and democracty.

What is she reading now? “Democracy for Realists,” by Christopher H. Achen and Larry M. Bartels, which argues that democratic theory needs to be based on identity groups and political parties, not the preferences of the individual voter, because voters, no matter how well-informed, tend to vote on their identities and party preferences.

With her experience and intellectual curiosity, Gretchen Coleman is preparing well for a future of influence.