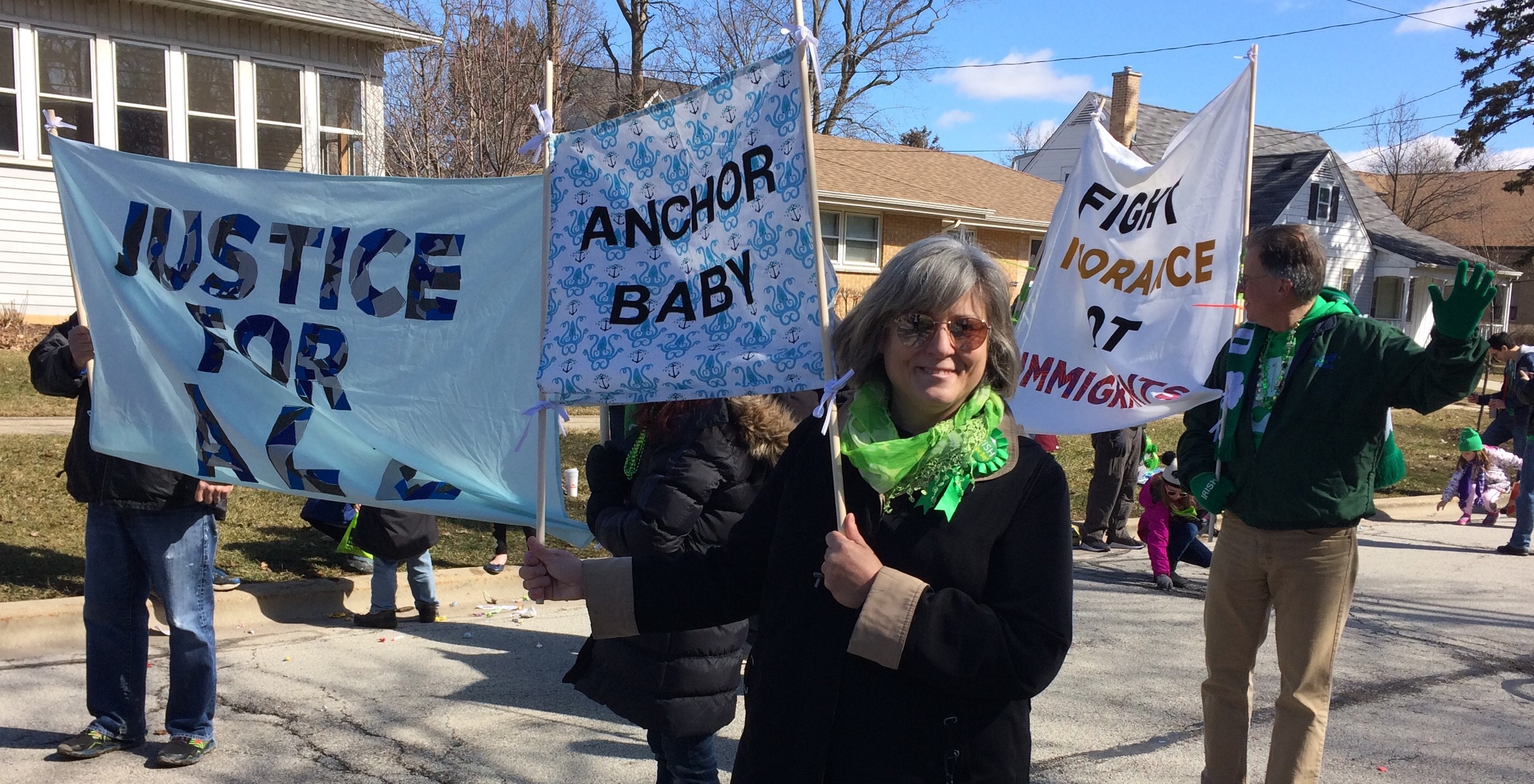 St. Patrick's Day not only celebrates the patron saint of Ireland, but also the great contributions that Irish Americans have made to our country. As immigrants fleeing the potato famines 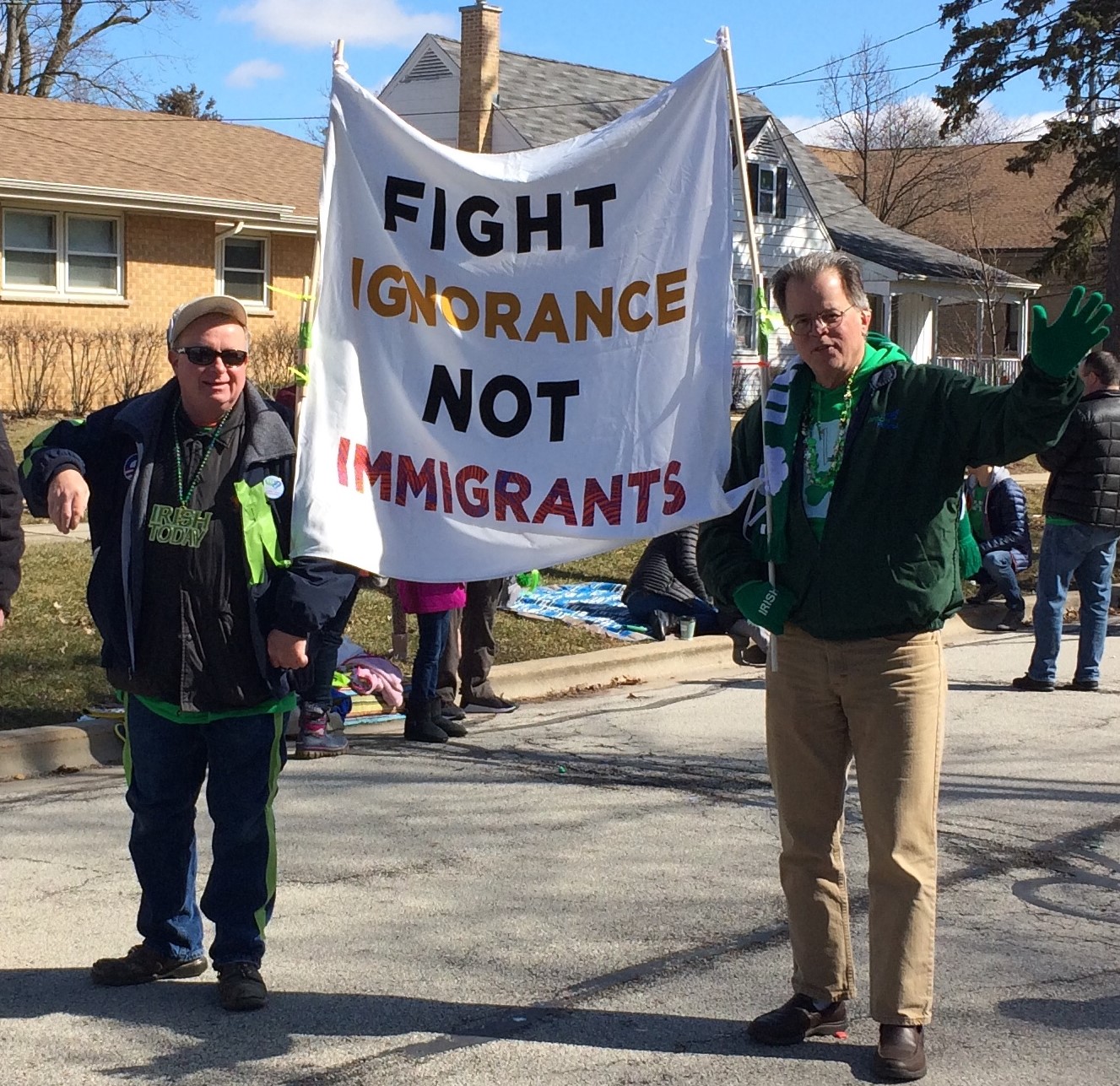 of the 19th Century, the Irish in America faced discrimination in the cities where they settled. So it was fitting for GPAD to recall issues of immigration as we marched in the St. Patrick's Day Parade. The banner "Fight Ignorance, Not Immigrants," had a special impact, judging from the dozens of photos people took along the parade route.

We also were honored with our U.S. Congressman, Sean Casten, looking natty in a big green bowtie, and Cook County Commissioner Kevin B. Morrison, along with school board candidates running in the April 2 municipal elections. 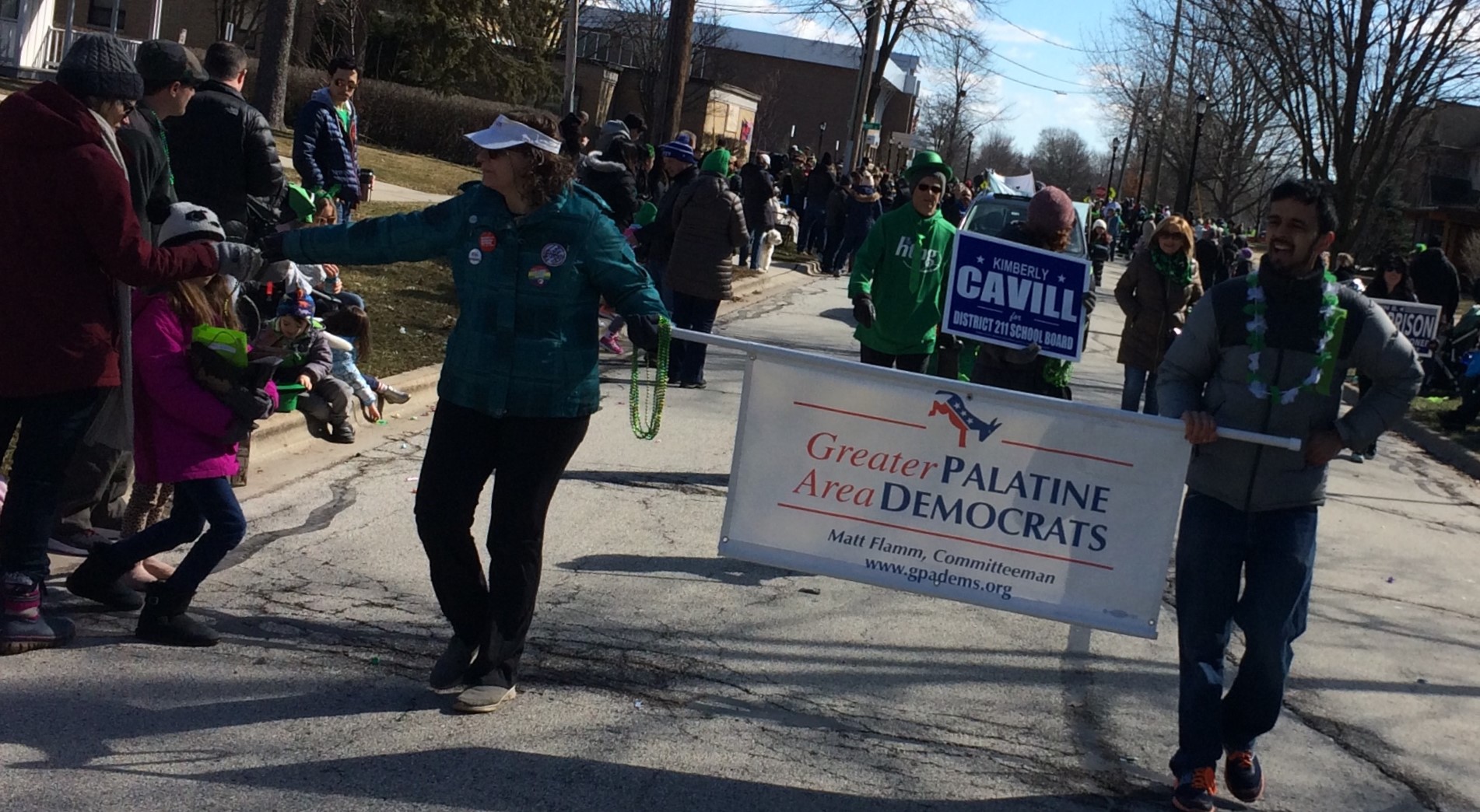