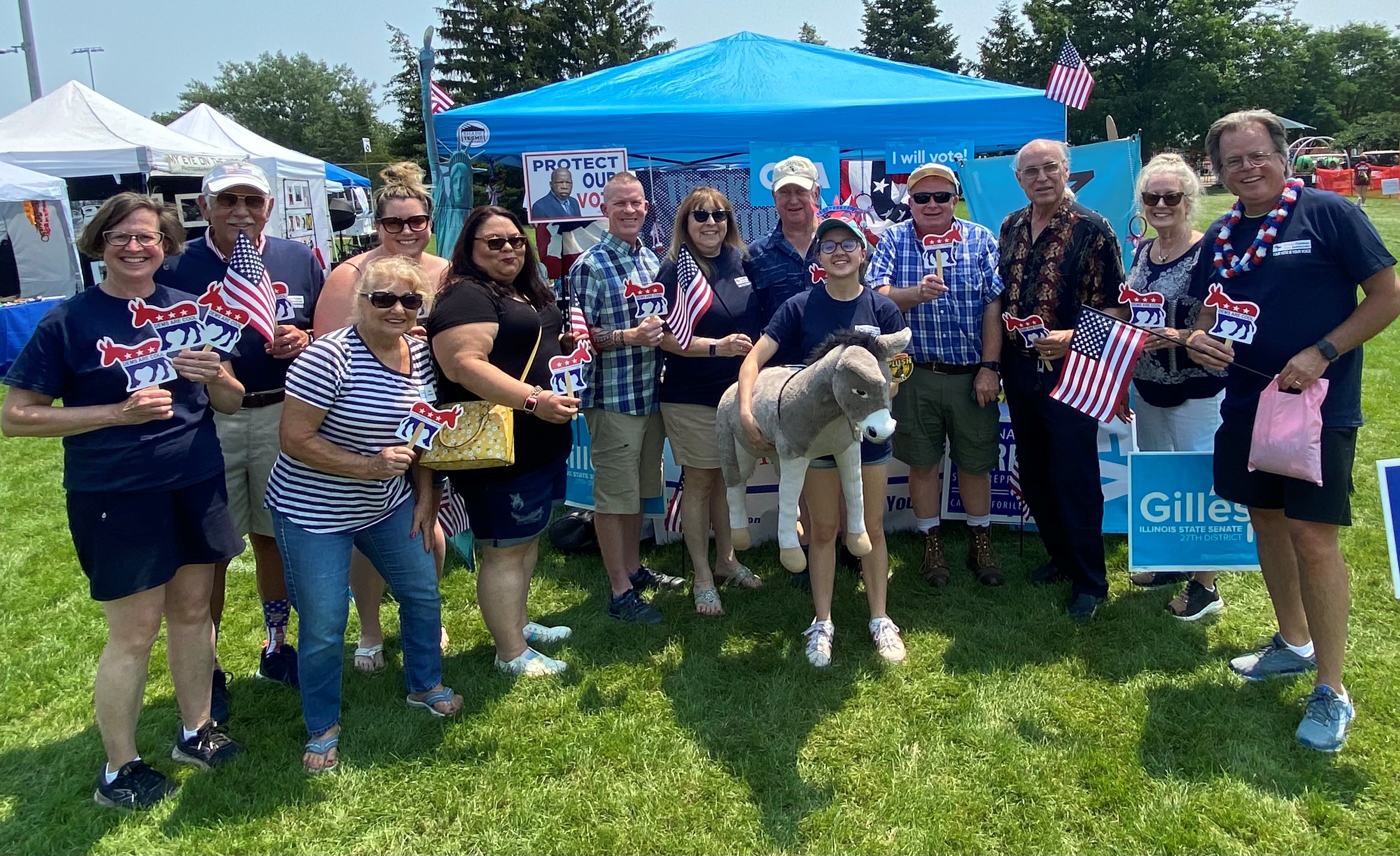 Gorgeous weather, tons of happy Democrats and Democratic candidates, nearly 200 kids counting candy in a jar, loads of GPAD swag and one adorable, fluffy donkey prize. What more could you want? 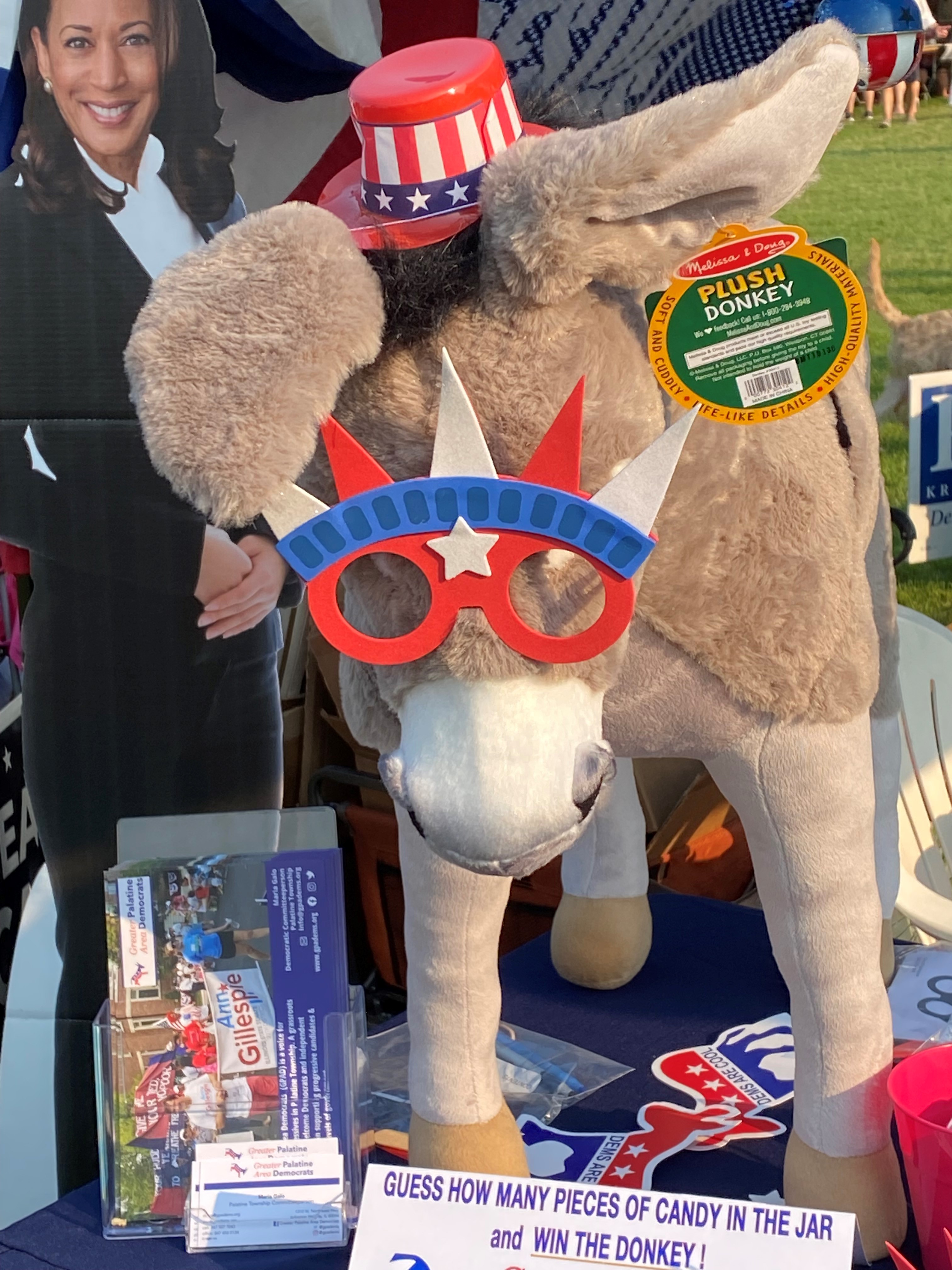 Our Hometown Fest booth offered fest-goers so many delights: local Democratic and progressive electeds and 2022 Democratic and progressive candidates! Awesome swag: "Dems Are Cool" donkey fans, GPAD drink cozies, fabulous patriotic kid eyeglasses to decorate, one-of-a-kind GPAD t-shirts for sale, AND an adorable stuffed plush donkey prize for the person who guessed the correct number of candies in a jar! Our friends at NWSOFA had issue petitions needing signatures! Folks could take selfies 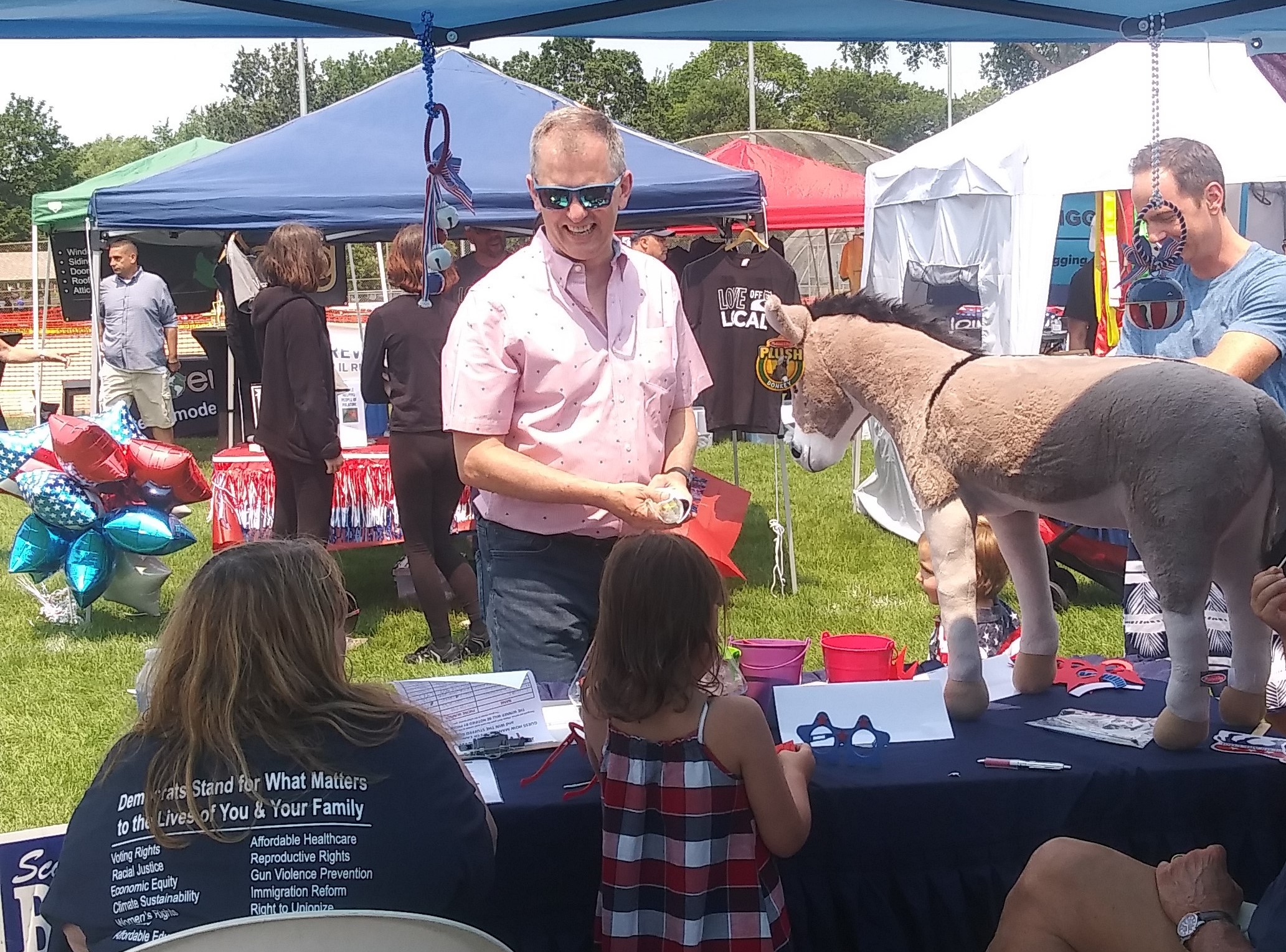 with President Biden, Vice President Harris and the Statue of Liberty! And of course, passerby had wonderful, meaningful conversations with our friendly Democratic and Progressive volunteers! 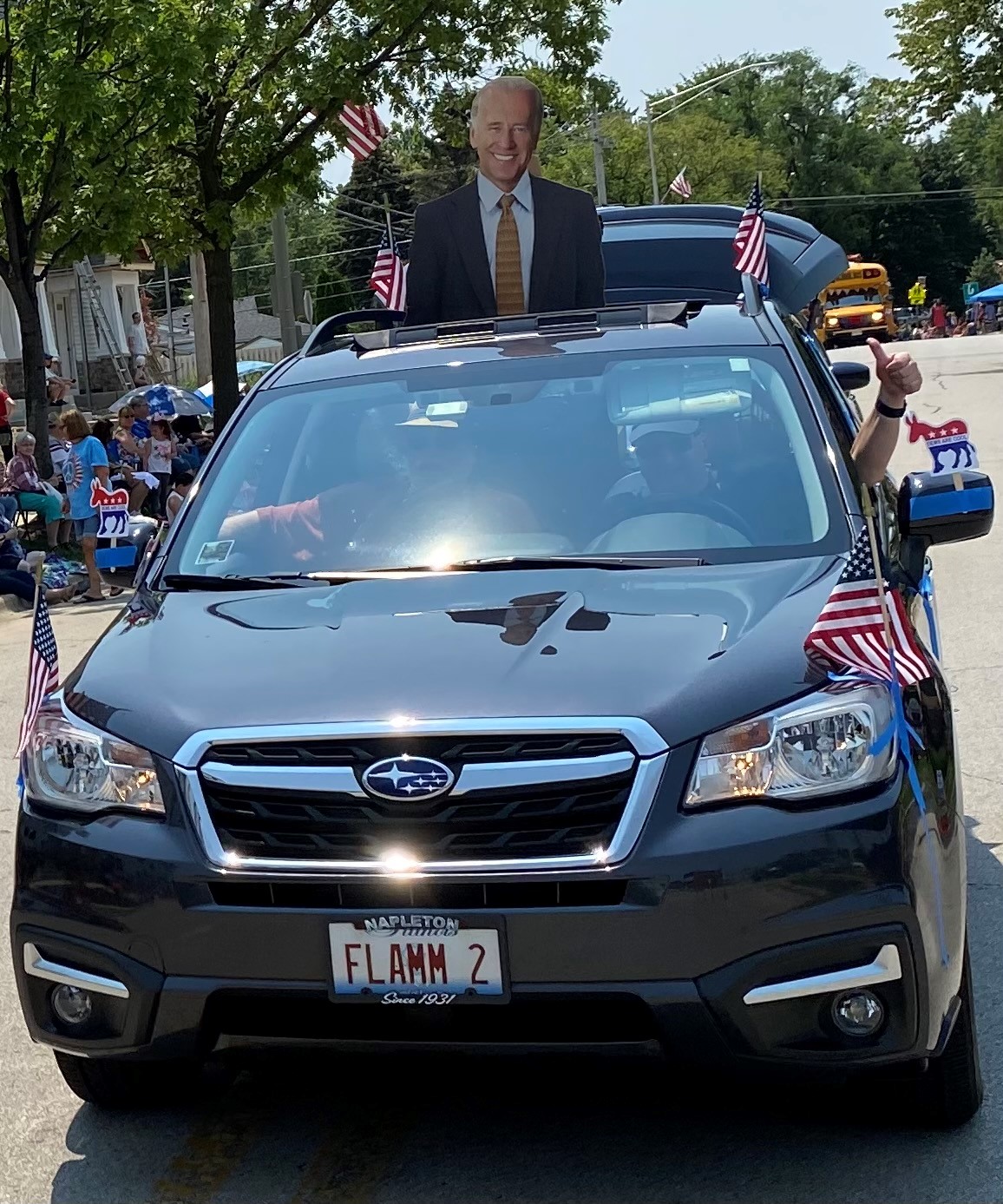 So much gratitude to Chicago Ald. Pat Dowell, 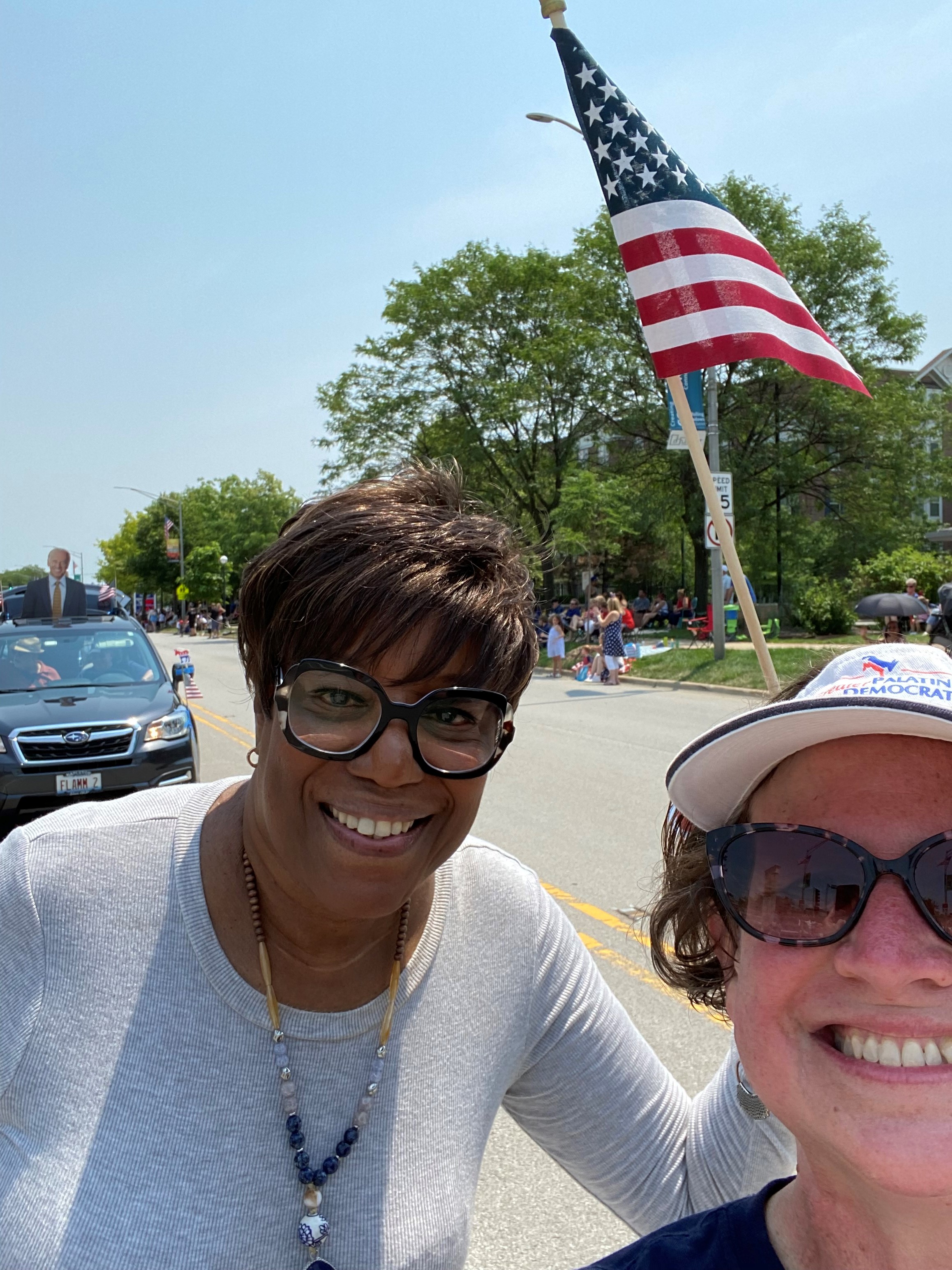 candidate for Secretary of State, who joined GPAD at the Rolling Meadows Fourth of July parade on Sunday morning! People LOVED our donkey fans, but they loved more our President Biden, posing through the sunroof of Matt Flamm's car.

But most of all I want to recognize the volunteers who organized our event, set up our booth, and worked shifts during a beautiful, sunny, and very hot weekend. The creative geniuses of our Hometown Fest 2021 Committee: Jerry Freda, who masterminded the donkey contest and took our t-shirt design to a higher level; Melissa Ortega, who jumped 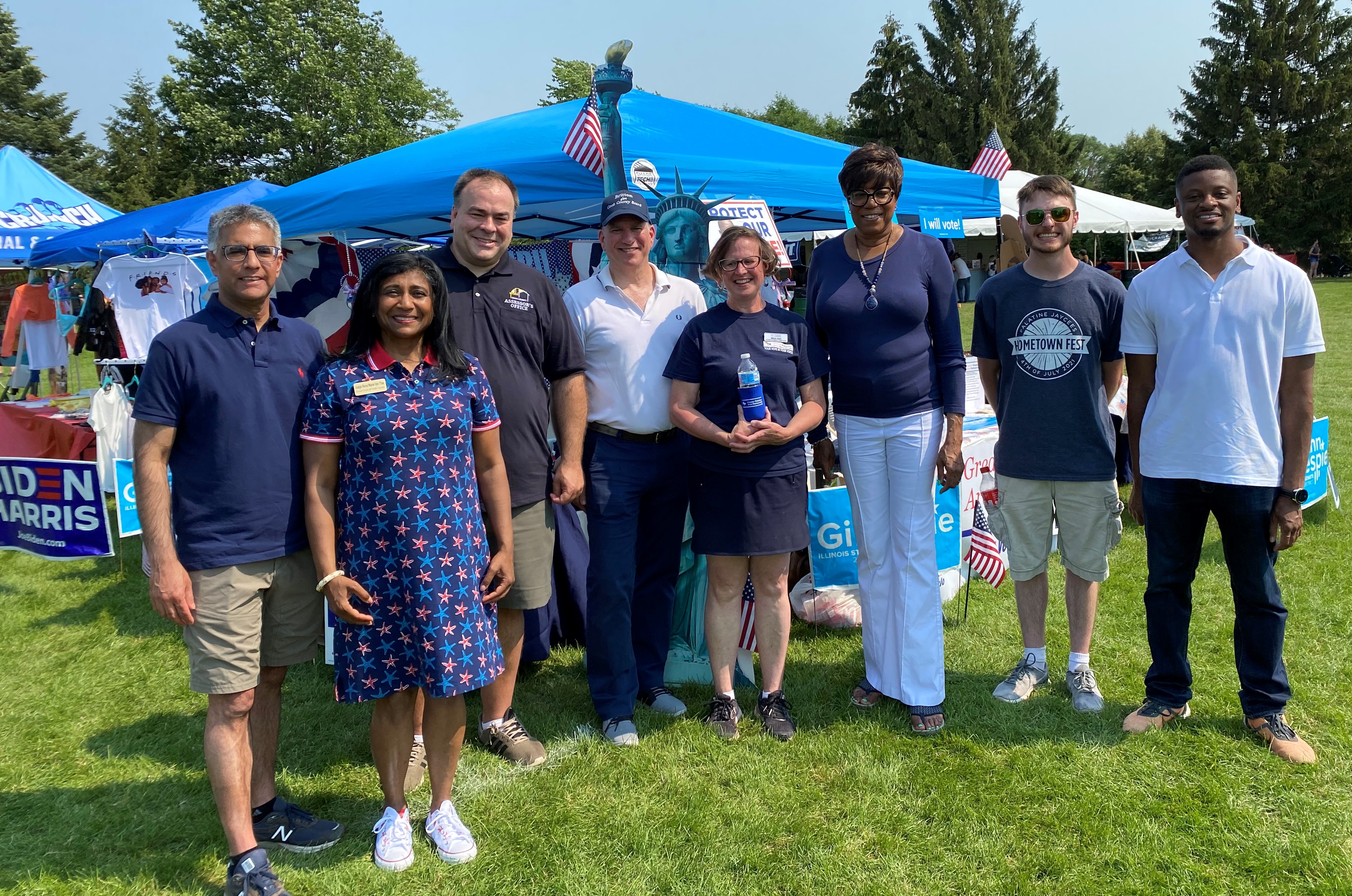 into handling so many aspects of the weekend; Kathy Feingold, who kept an eye on our finances; Gretchen Coleman, who helped with swag searches, and Joyce Slavik, who helped hone our message and doubled up on volunteering at both the fest and the Rolling Meadows July 4th Parade. A special shoutout to Harold Whyte, who responded to my Friday 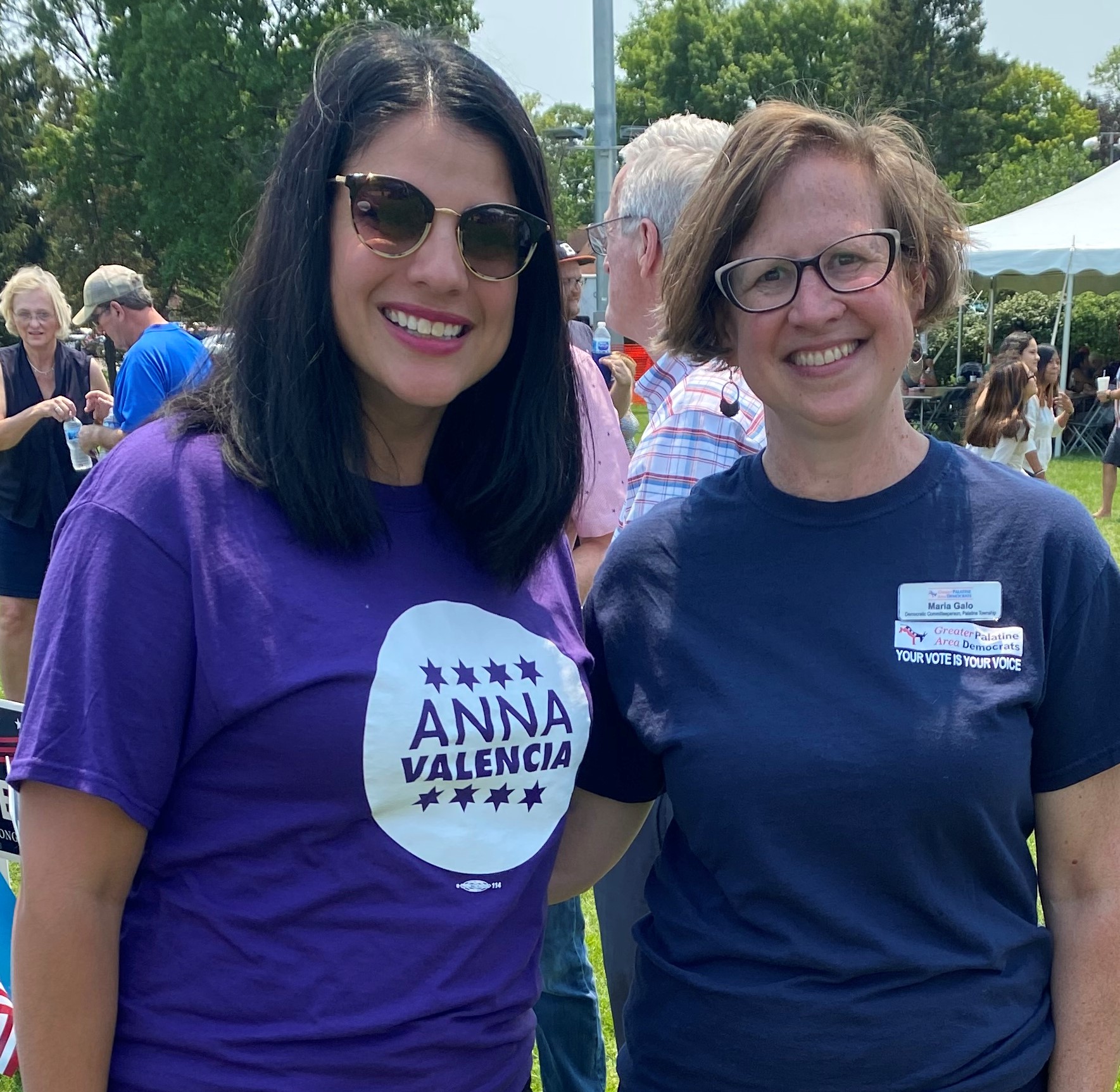 night call to help haul boatloads of supplies to the festival site, took terrific candid photos during the weekend, helped take down the booth and cart the heavy stuff back to donors and the office, as well as serve as GPAD parade marshal for our small group at the Rolling Meadows parade. 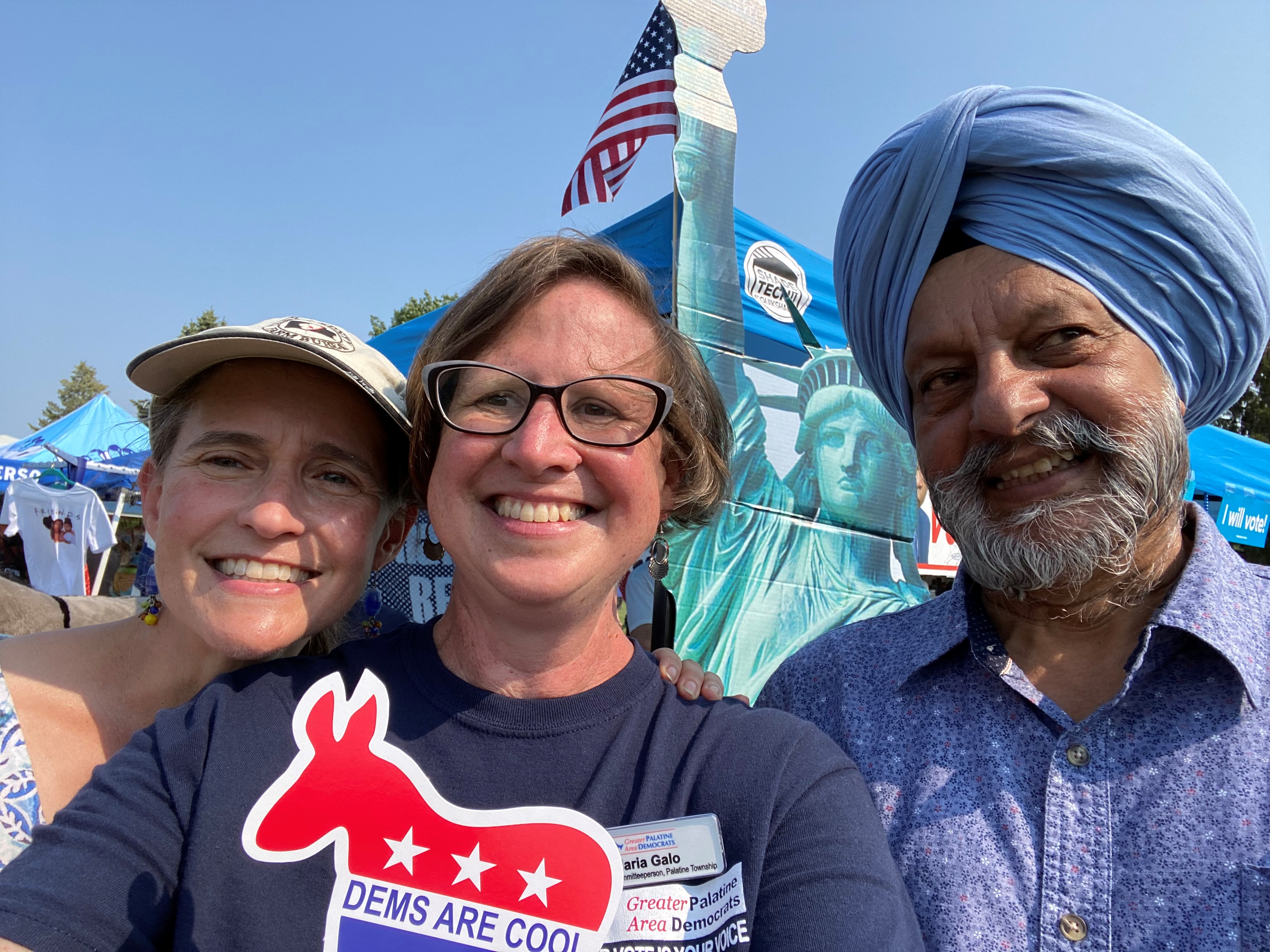 So glad to see people In Real Life! Sadly, the Village of Palatine canceled the non-profit booths for the August Streetfest this year, so GPAD will not have another festival event this summer. However, we are hoping to start holding in-person meetings on local issues--keep an eye out! 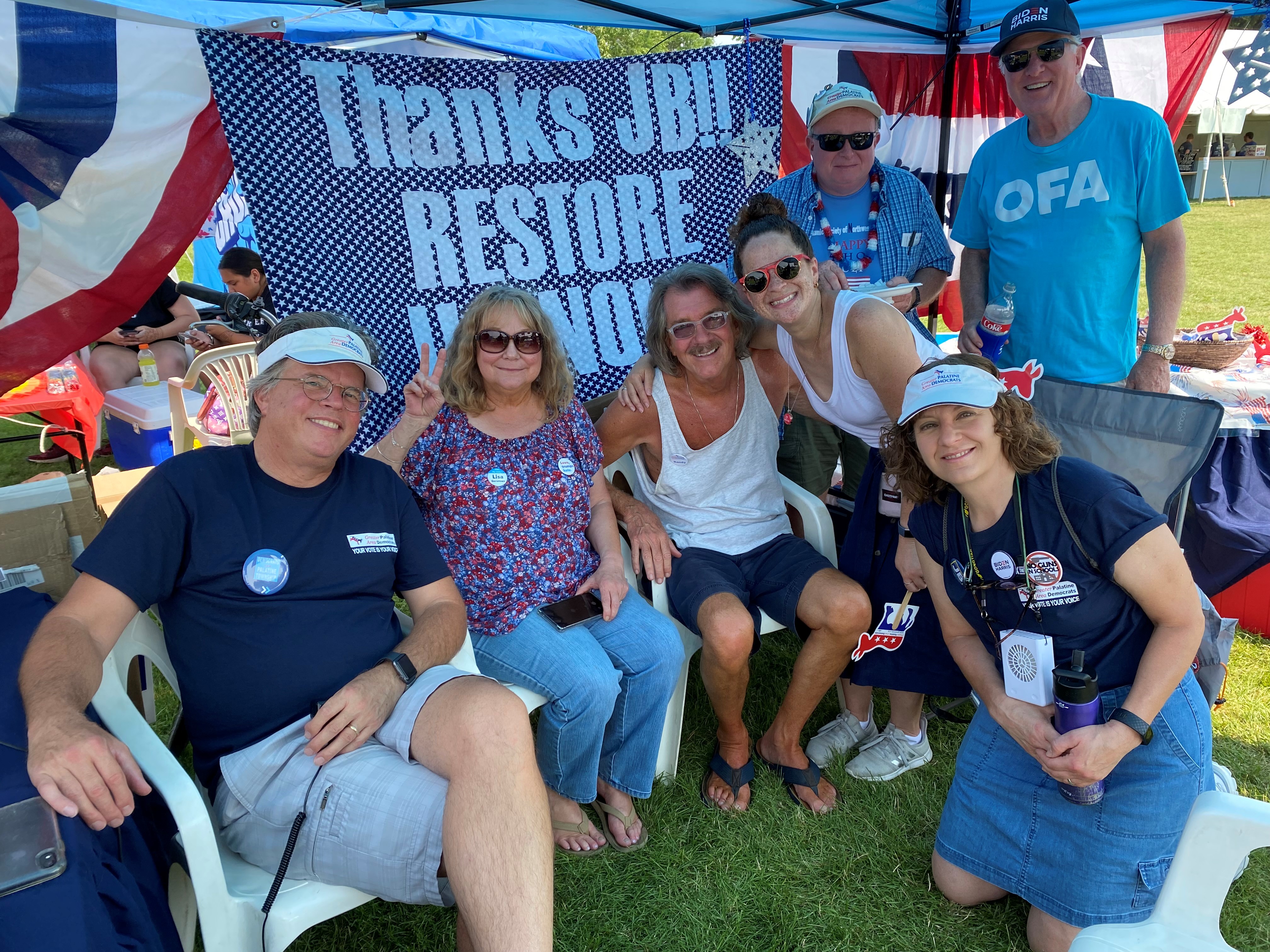