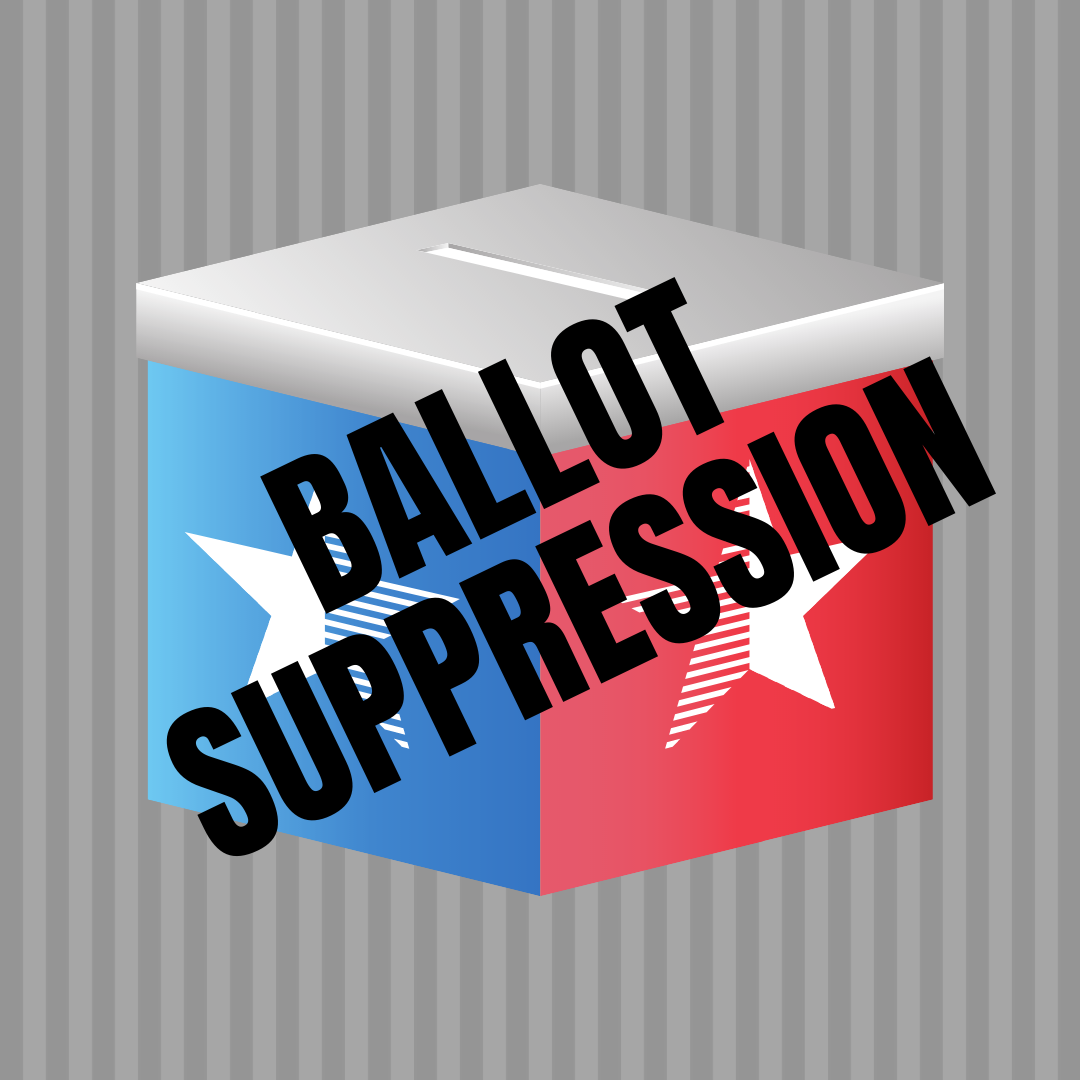 The Palatine municipal government, which is controlled by Republicans, decided not to hold early voting at Village Hall, as has been done for years. They proposed to move Early Voting to the Palatine Police Headquarters. That would be a terrible idea. And while the Cook County Clerk's office looks for another site, rumors are spreading that there will be no Early Voting at all in Palatine. This is false.

All this is a typical Republican voter suppression scheme. Across the country, Republicans are pushing to increase police presence in polling places with the unspoken (or sometimes explicit) goal of intimidating minority voters. In some places, that takes the form of stationing armed police officers in polling places.  Arizona House passes bill that would allow police at polling stations. This is even worse: putting the polling place in a building dominated by police.

In a report titled Police at Polling Places Could Intimidate Voters This November, Advocates Warn, the chief counsel for the Lawyers’ Committee for Civil Rights Under Law summarizes the problem:

“If the experience of you or your family members with law enforcement has been really bad, you’re not going to want to see a police officer at the polls,” he said. “Their presence can have the effect of turning people away.”

Voter suppression has evolved into quiet policies that are disguised as benign decisions, as seen here: Voter Suppression Never Went Away.

Palatine Township has a thriving Latinx population, one of the largest in suburban Cook County. We also have many Indian and South Asian voters and a growing number of Black voters. Many members of those groups, not to mention other voters whose family members have had unpleasant experiences with police, will be less likely to vote if the voting site is a police station.

As Democrats, progressives, and people who value and respect the diversity of our community, we have an obligation to make sure all groups feel at home when they vote. That's why we oppose making people enter a police station before they can vote.

There are several much better sites for early voting in Palatine Township. For example, the Township Center hosted early voting for years while Village Hall was under repair. Several public buildings that host 4 precincts each on Election Day would be excellent early voting sites.
The Cook County Clerk will be announcing the Early Voting site in Palatine soon--it is up to each of us to spread the word on where the new site is located, and protect all our votes.
Do you like this page?
Tweet