Thank YOU to Fabulous Volunteers at GPAD July 4 Events! And Photos!

"Give me your tired, your poor, your huddled masses yearning to breathe free" were the banners that greeted residents who turned out for Fourth of July parades in Rolling Meadows and Palatine. Glorious summer weather saw a terrific turnout of volunteers who marched under Greater Palatine Area banners this Independence Week.

Volunteers turned out for the Rolling Meadows Parade on July 4, Palatine's parade on July 6, and even helped staff GPAD's first-ever booth at Palatine's HomeTown Fest! Thanks to Ed Yung for the convertible in the Rolling Meadows parade. Thanks to Alma Kubata for the patriotic leis that everyone loved. Special super thanks to Al Prochaska, Jerry Freda, Jared Harnen, Joe Gump and Elizabeth Medina for carrying the big "Give me your tired" banners. Big thanks to Laddi Singh and Ann Shaw, candidate for Cook County Circuit Court Judge, who carried the GPAD banner in the Palatine parade. And big thanks to Frank Huckin and David Rosenthal, who carried the GPAD banner in the Rolling Meadows parade. 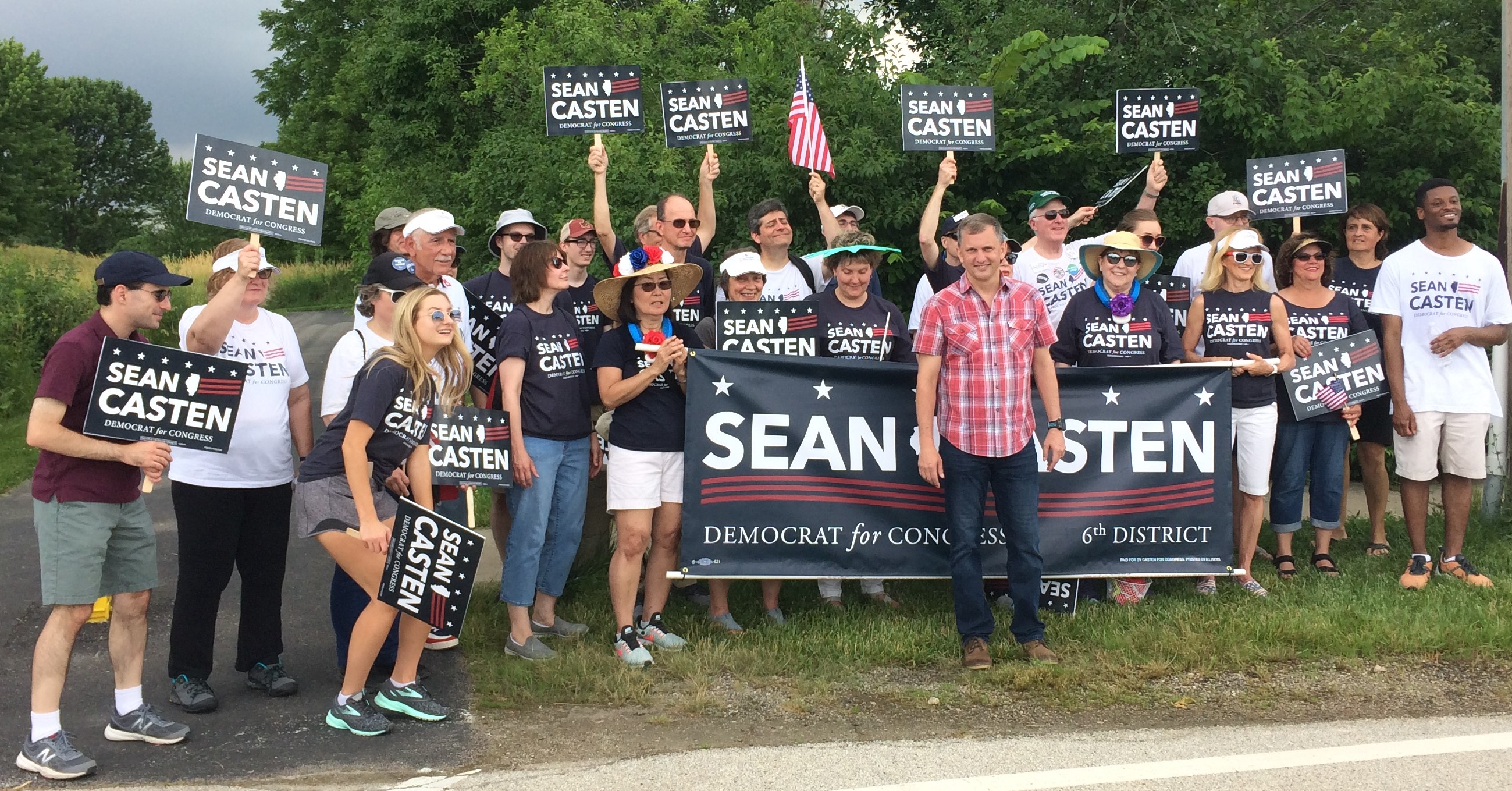 Mega-thanks to Christine Herrmann from Northwest Suburban OFA for lending us her tent for the HomeTown Fest! A red-white-and-Blue thank you to those who staffed our HomeTown Fest Booth: Christine Herrmann, Jerry Freda, Harold Whyte, Thakar Basati, Maggie Trevor, Tracey and Gretchen Coleman, Lisa and Randy Goranson, and Donna Epton.

And super thanks to Patrick Watson, Illinois State Central Committeeman for Illinois' 6th District, for many of these photos! And Lisa Goranson for the last photo! Our phenomenal GPAD volunteers, along with the army of Sean Casten volunteers, gave terrific support to our electeds, State Senator Ann Gillespie and U.S. Congressman Sean Casten. But more importantly, we all helped show our friends and neighbors in Palatine and Rolling Meadows that Democrats remember and honor all those who came to this country--and who are still coming to this country -- to help build better futures for ALL of us. 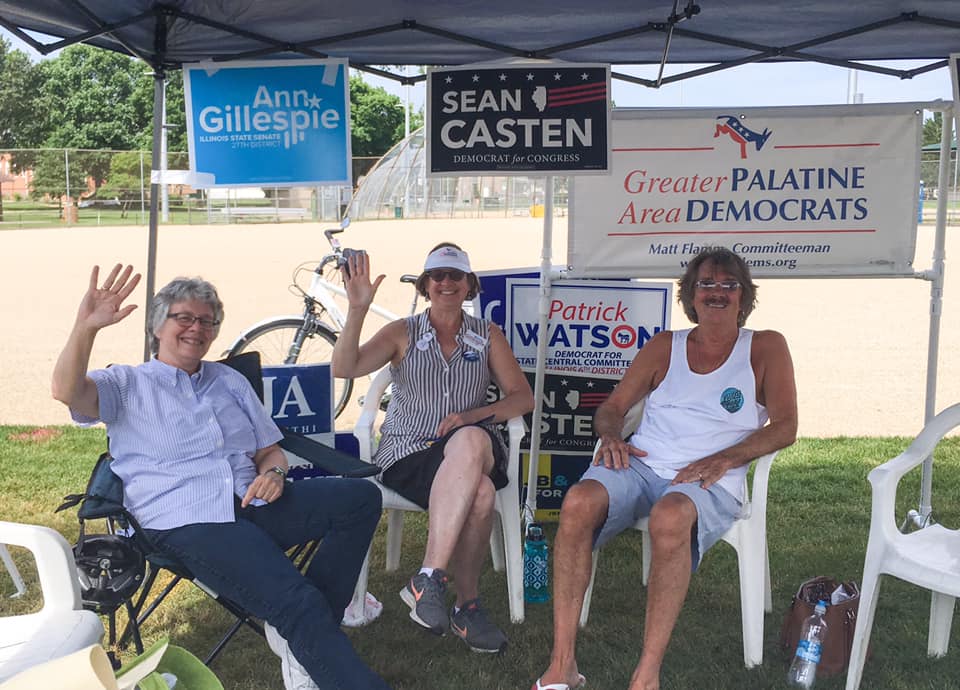