Great Crowd, Great Vibe at Palatine March for Science--only one in Illinois this year! 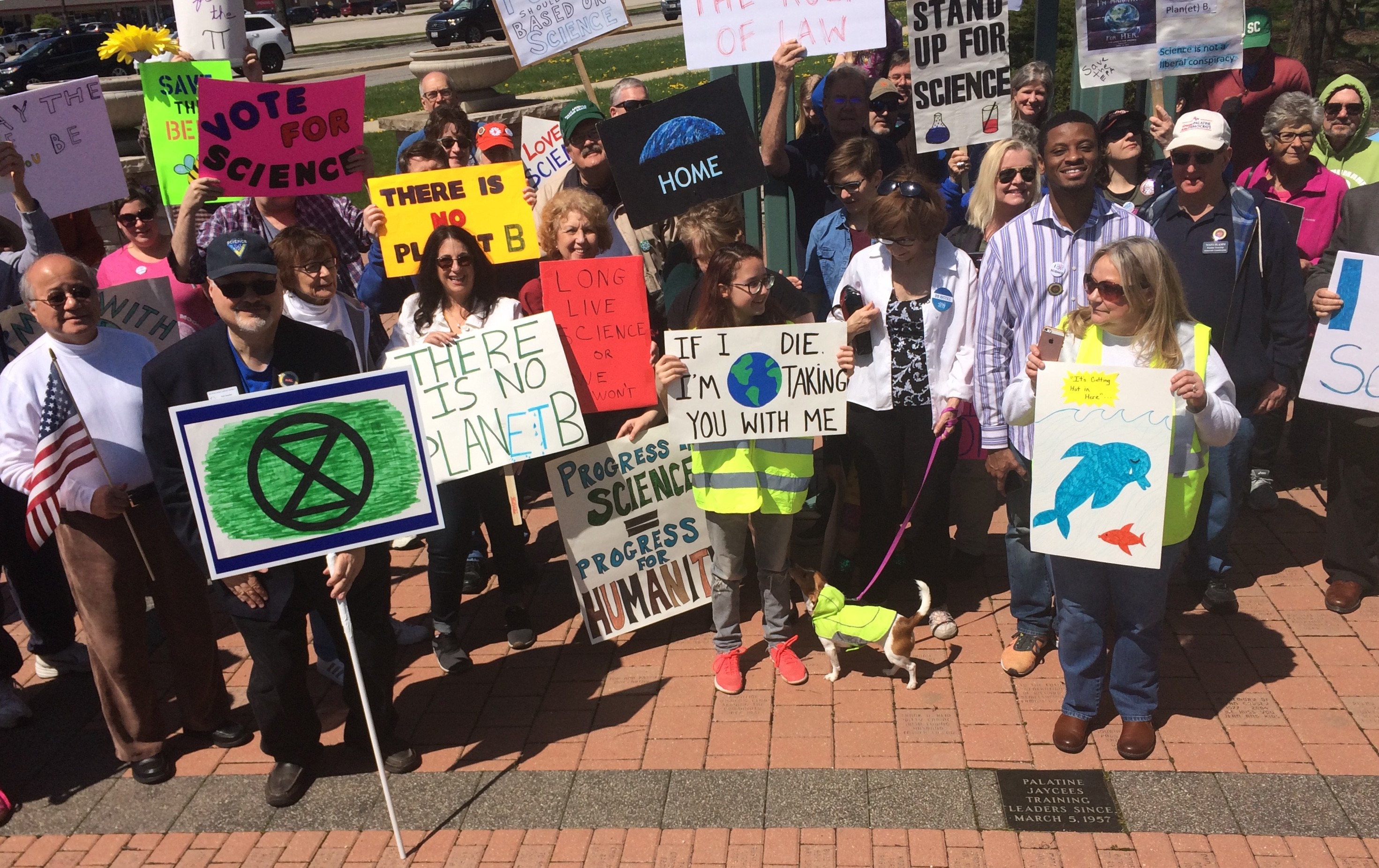 "We need to make sure our government responds to science," said Maggie Trevor, who held a sign declaring "Remember Polio? I don't! Science Saves Lives!" as she 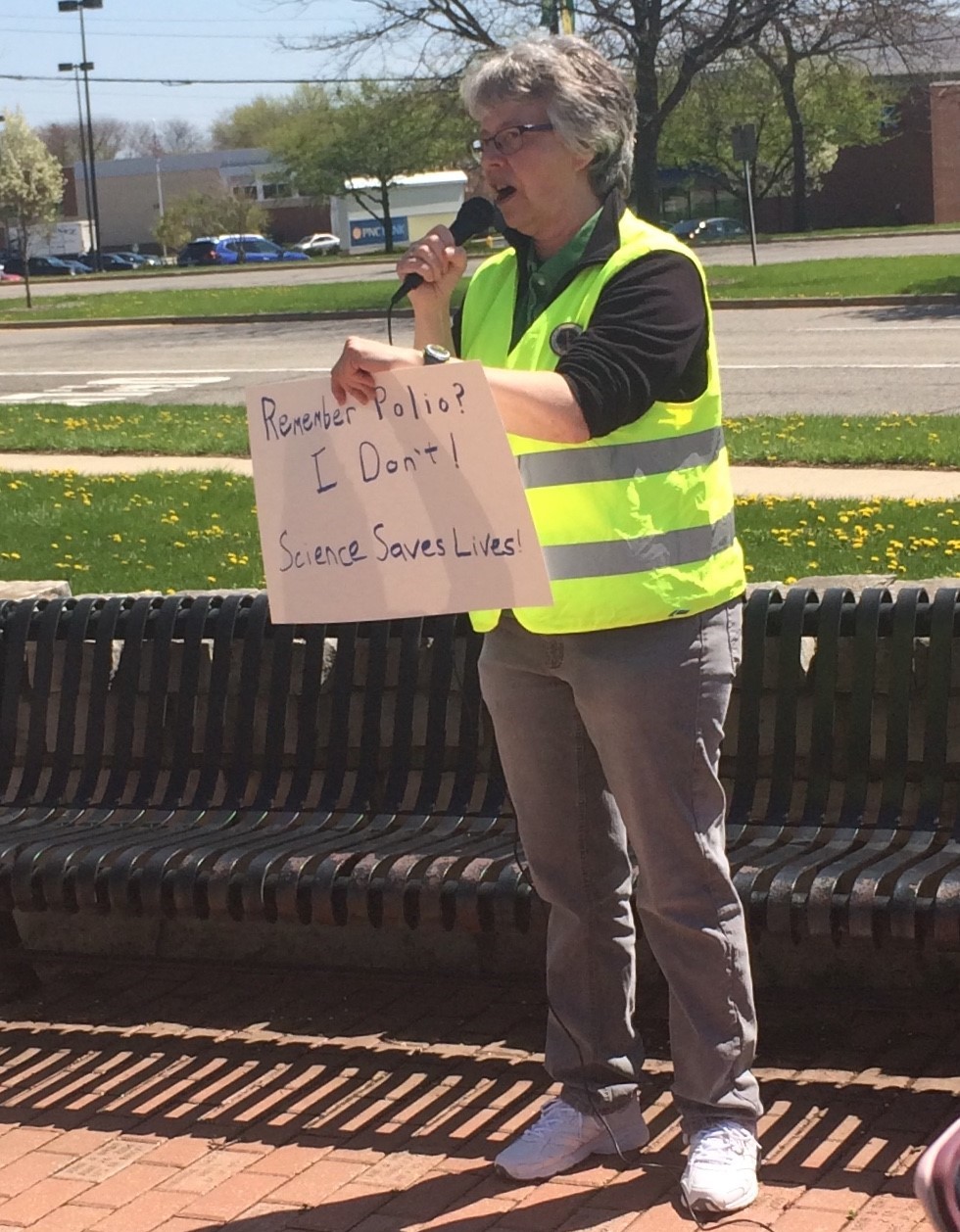 spoke to the crowd at the May 4 Palatine March for Science. Trevor, a former candidate for the Illinois House Dist. 54, recalled that she attended Jonas P. Salk School in Rolling Meadows, and that her polio immunization was a first: "I was in the first generation that was able to get these shots, thanks to science."

She was one of more than 80 people who converged at Palatine Library last Saturday to hear U.S. 8th District Rep. Raja Krishnamoorthi address the crowd--the Congressman's third Palatine March for Science. "There is an ongoing attack on science," Krishnamoorthi said. "Your actions and advocacy really matters--people notice it," he said.

The crowd walked from Palatine Library to Northwest Highway, waving to car drivers who honked their solidarity. At Rita Mullins Volunteer Plaza, Ill. 53rd Dist. Rep. Mark Walker recognized the energy and mobilization of the Women's March that inspired a record number of women to win public office, and he encouraged the crowd to support coming legislation in Springfield that would do more to protect the environment. Sue Walton, former Democratic Township Committeeman raised the issue of food safety and the need for the food industry to hire more people with food sanitation degrees. Hal Snyder, organizer of the March and a board member of Palatine Public Library, touted the 8,000 science books the Library holds, and the tech kits that are available on loan for families and students. "Voting has a lot to do with science," Snyder said, "we need to vote to support science."