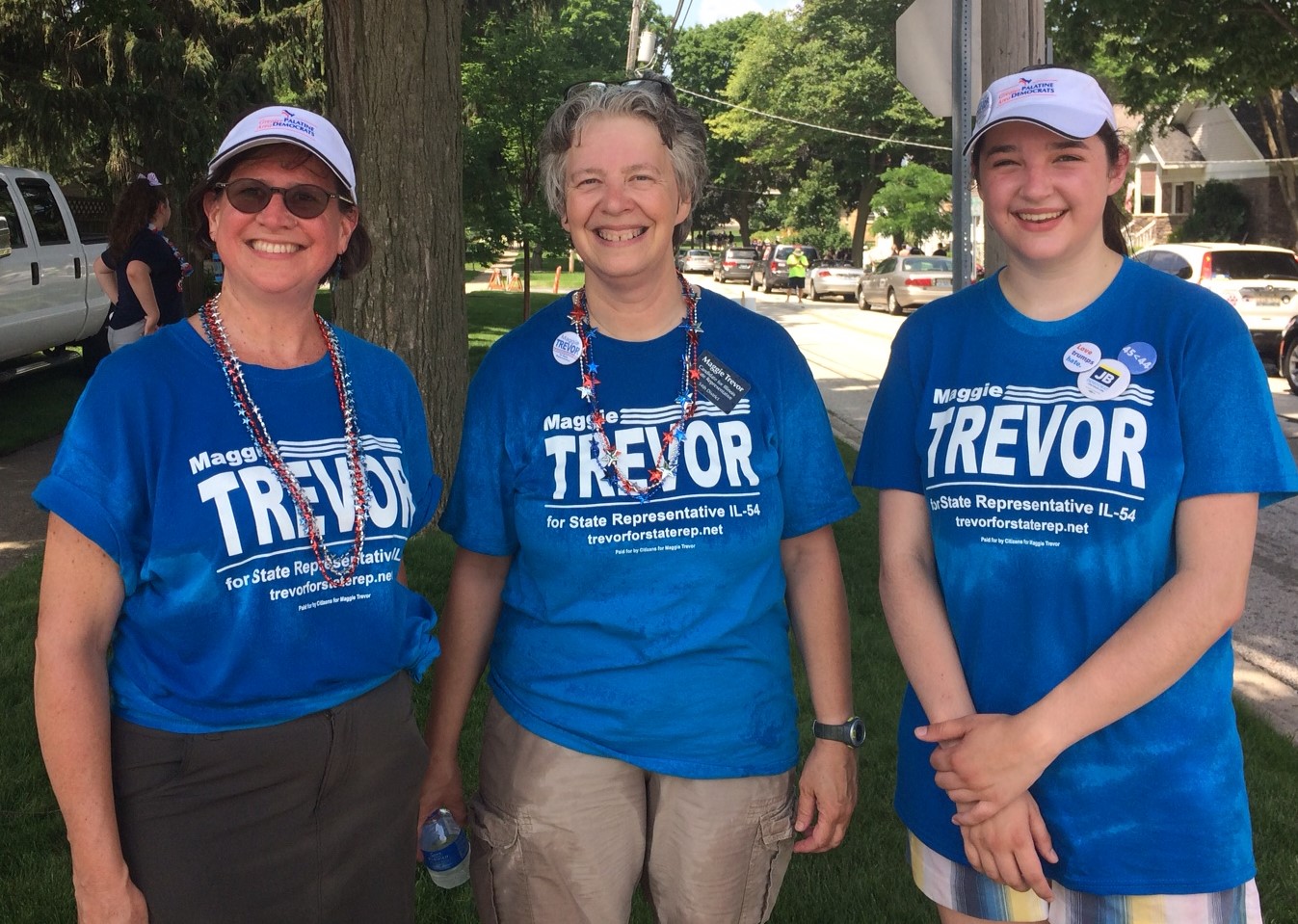 We could be discouraged by our Maggie Trevor's oh-so-slim loss to Republican Tom Morrison for the 54th Illinois House District seat--43 votes! However, a closer look at the election results reveals the depth of her support, which helped her flip nearly two-thirds of the precincts in the district.

You read that right: Maggie Trevor won more than 63 percent of the precincts.

To understand what a huge achievement this is, we can look to 2014, the last time we had a Democratic challenger in the 54th District. (In 2016 there was no Democrat on the ballot for this seat.) Four years ago, only one precinct, the 20th, voted blue in the 54th House race. The 20th Precinct is in the northeast corner of the district. It is a wedge of townhomes roughly bounded by Rand, Old Hicks, and Lake-Cook roads, and it voted blue for the 54th House seat in both 2014 and 2018.

This past November, Maggie Trevor won 49 of the 77 precincts in the 54th House District. The 54th comprises most of Palatine Township, plus one precinct in Barrington Township, five precincts in Elk Grove Township, and 10 precincts from Wheeling Township.

So, even though it is disappointing that we fell short of flipping the 54th District in 2018, Maggie Trevor and her campaign built a large, wide base of support and momentum. She inspired hope in all of us that change is in reach, that we can make the 54th District better, and we can make Illinois better. Now it is up to us to maintain and build on that momentum over the next two years.

Join the momentum on Jan. 28, 7 p.m., as the Greater Palatine Area Democrats holds a public meeting at Palatine Library to introduce plans for building a more hopeful, engaged and empowered community.