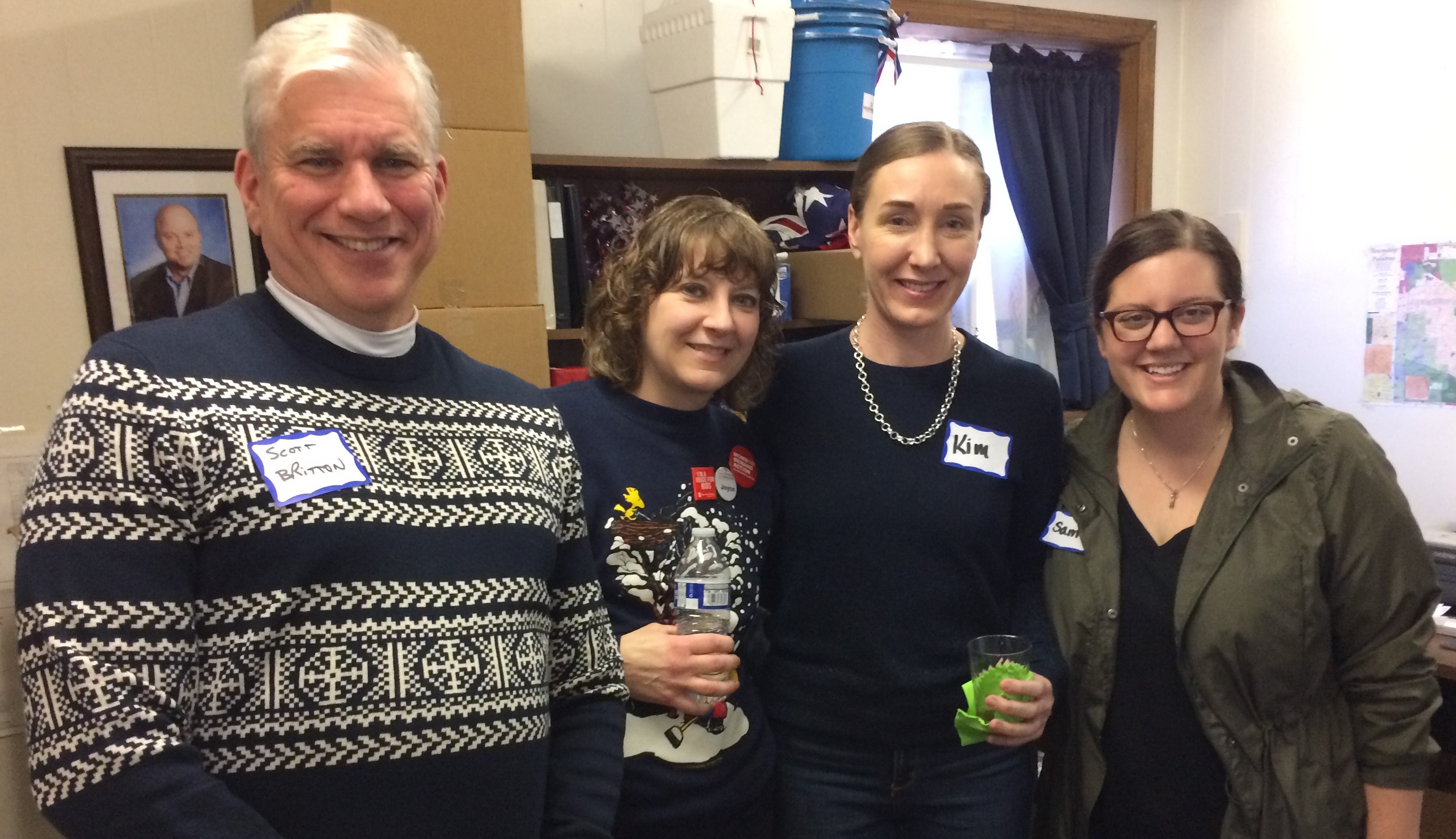 Volunteers and candidates past, present and future crowded into the Northwest suburban offices on Saturday, celebrating a great year. Some attendees, like Scott Britton, left, newly elected to the 14th district of the Cook County Board,

had already been sworn in and participated in County Board meetings. Other attendees are activists, like Joyce Slavik and Kim Cavill, center. More are new to GPAD, and preparing to seek local office in the future, like Samantha Ader, above right. 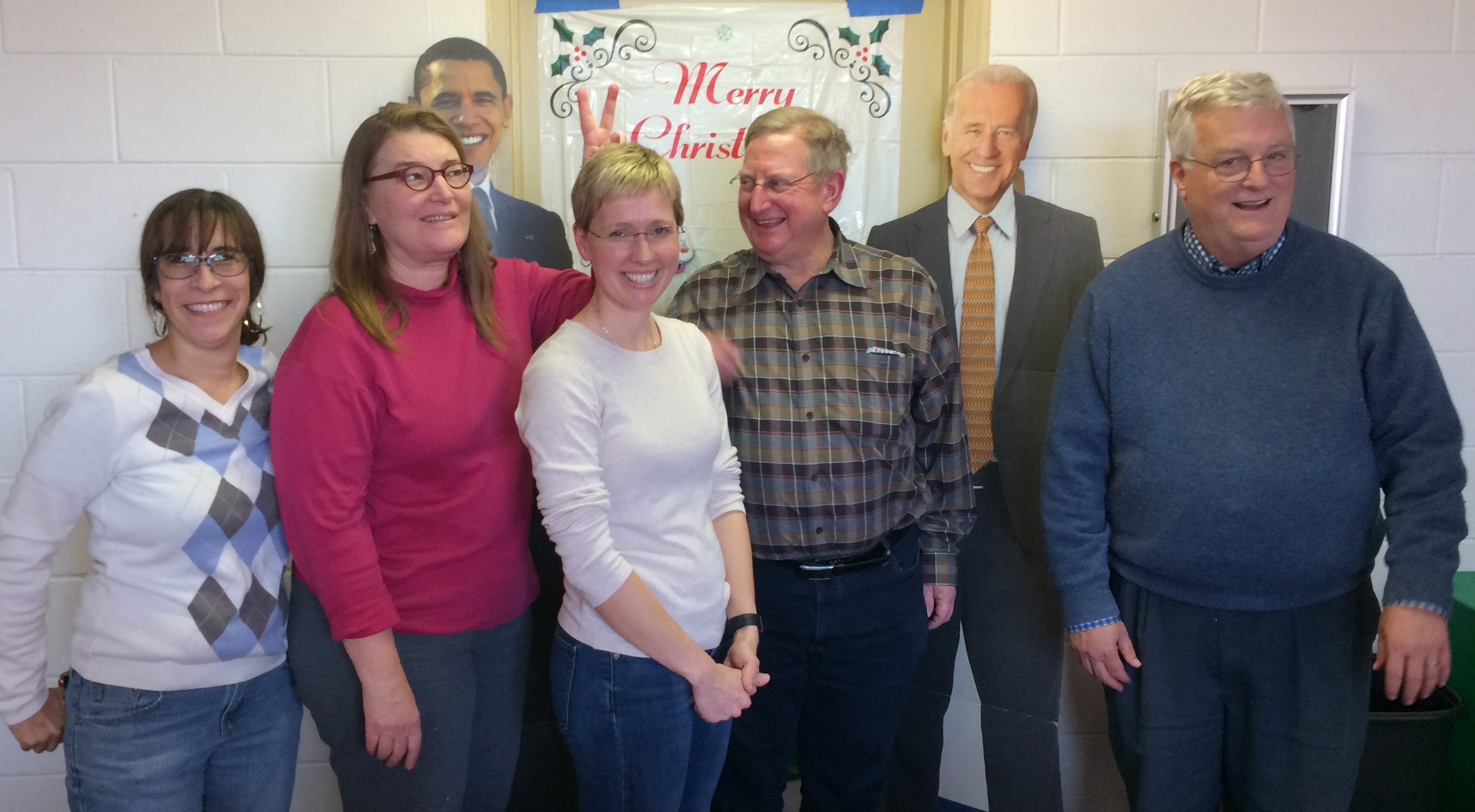 And still others are waiting to be sworn into office, like Mark Walker, below, far right, the Representative-elect of the 53rd Illinois House District. Also shown are Palatine Twp. Ward Committeeman Matt Flamm, and We the People-Mt. Prospect members Terri Gans in red and Yulia Bjekic, center, who are also seeking local office.

Brown Bag Progressive members paid tribute to former Palatine Twp. Ward Committeeman Sue Walton, who launched her decades-long political career by running for the 54th District's Illinois House seat, recalled running her campaign on $5,000 back in 1996, at a time when Democratic candidates were few and far between in the Northwest suburbs. 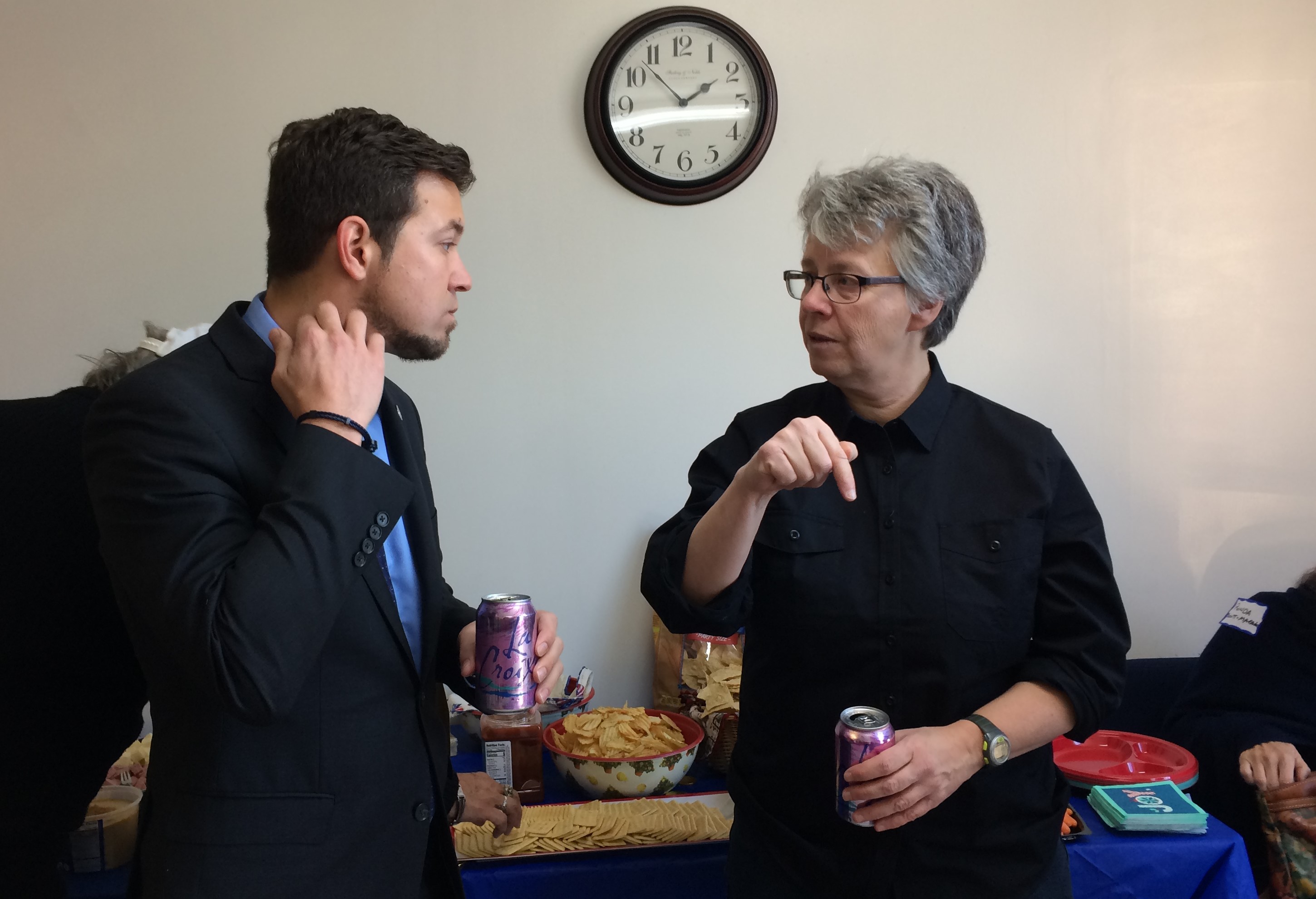 On Saturday we also celebrated Britton's win, as well as Kevin Morrison, left, winning the 15th District seat on the County Board. And we celebrated Maggie Trevor's (right) campaign for the 54th Illinois House seat, which is awaiting the outcome of a discovery recount later this month.Party-goers brought donations for the Palatine Township Food Pantry, or clothes for PADS/Journeys. Volunteers and aspiring candidates also brought their children to see this part of the electoral college up close. The crowd gathered to cheer for all the candidates, from the 20th century, as well as future presidents who were in the crowd. 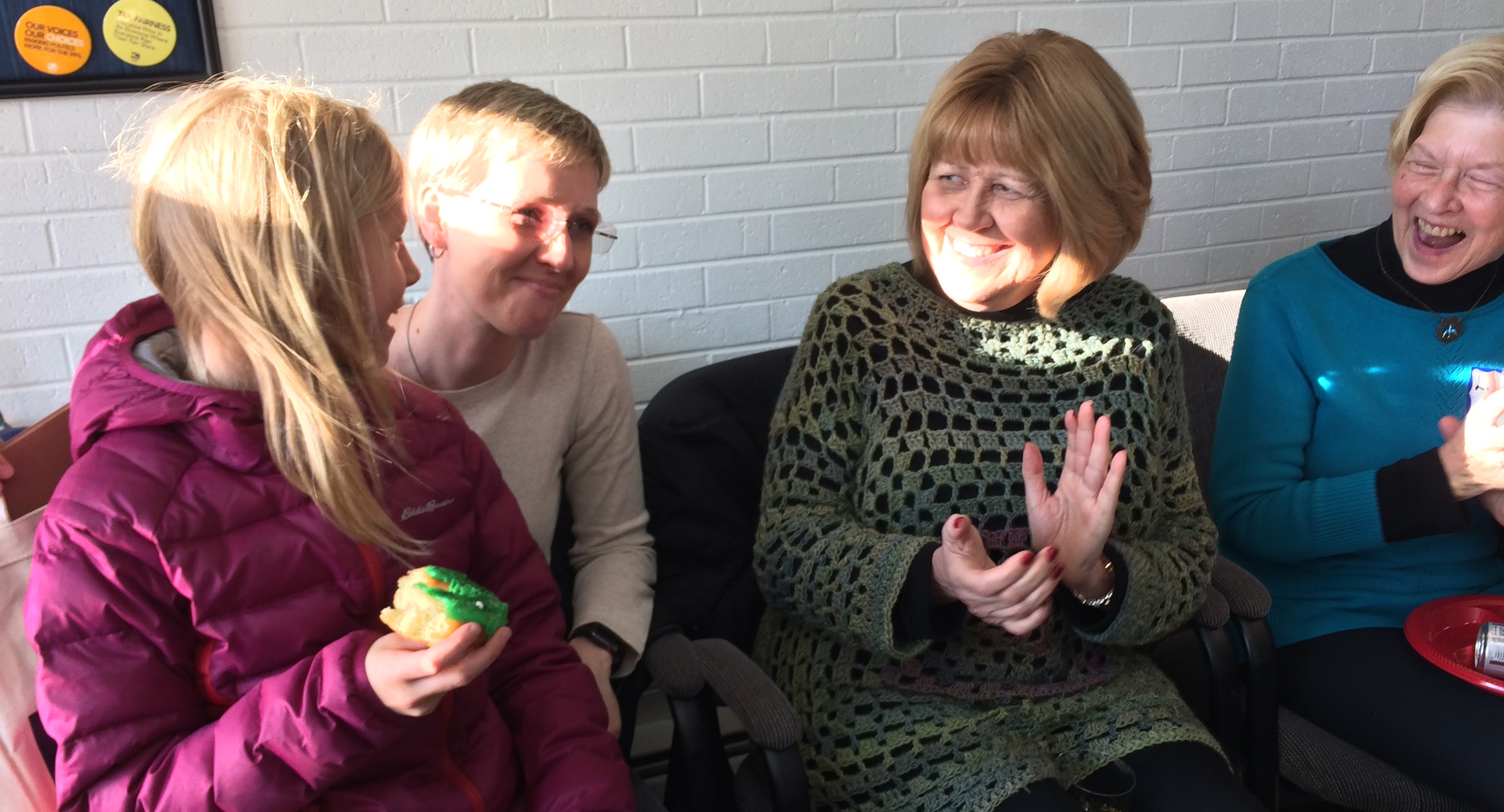